Ireland weather forecast for the coming days and the weekend 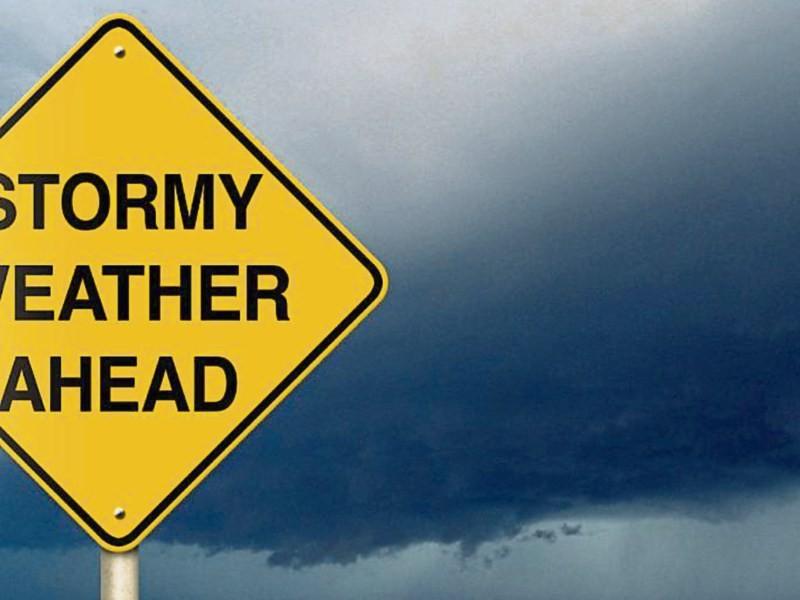 Ireland weather forecast for the coming days and the weekend

The weather forecast for Ireland for the coming days and into the weekend is for stormy weather on Friday night into Saturday morning as Storm Hannah hits the country with Sunday set to be mild and mostly cloudy.

The weather forecast for Thursday is for a dry day with good sunshine in the west and north this morning but showers or longer spells of rain will soon develop in the east and south, extending to many areas by early afternoon with the odd thundery downpour possible. Highest temperatures of 11 to 15 degrees with moderate southeast breezes.

Showers will continue for a time on Thursday night, but will gradually die out. Rain will develop in the southwest around midnight and will spread over Munster, much of Connacht and south Leinster overnight. Ulster and north Leinster will stay dry. Lowest temperatures of 4 to 7 degrees.

#StormHannah has been named by @MetEireann. The storm will bring severe gales to Ireland on Friday night, with strong winds also expected for southern parts of the UK pic.twitter.com/esuddjvNyP

The weather forecast for Friday morning is for it to be mostly cloudy with rain spreading over Leinster and Ulster. In the afternoon, more rain will spread from the west with strengthening southerly winds. In the evening it will become very windy or stormy in west and south Munster, with very strong, gusty west to northwest winds. Highest temperatures of 10 to 12 degrees.

According to Met Eireann, early on Friday night it will be very windy or stormy in Munster and Connacht, especially in coastal areas with very strong, gusty west to northwest winds. Strong, gusty northwest winds will extend to all areas later in the night and rain will clear eastwards from most areas. Lowest temperatures of 3 to 6 degrees.

On Saturday morning, rain in the east and northeast will clear and the strong, gusty northwest winds will gradually ease. It will be a cool bright day with sunny spells and scattered showers. Highest temperatures of 9 to 12 degrees.

The weather forecast for Sunday is for it to be mild and mostly cloudy with patchy rain or drizzle in many areas. Amounts will be small. Highest temperatures of 12 to 16 degrees with moderate southerly breezes.