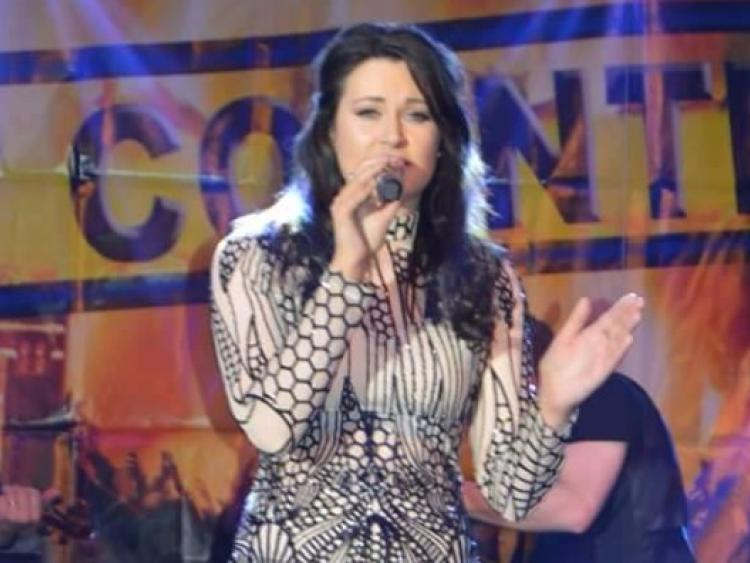 Country star Olivia Douglas is set to perform at this year's Hot Country TV Awards Concert at the Slieve Russell Hotel in Cavan on April 29, and the multi-instrumentalist and vocalist from Ferbane is tipped to add to her growing collection of honours on the night.

Olivia's latest single, A Hug Or Two, is proving to be yet another smash hit on country radio, sitting comfortably in the #2 spot on the Irish Country Music Radio airplay chart for weeks now, with only Gerry Guthrie's Tequila Sheila keeping her off the top spot.

As always, Olivia is just delighted that fans are enjoying the song, and anything after that is a bonus for the Leaving Tipperary singer.

"I know Gerry well, so if anyone has to keep me off the #1 spot, I suppose it's okay that it's him," she commented.

"Look, wherever it ends up or how high it goes on the charts is always a lovely bonus, don't get me wrong. And it shows that country radio like it, and that fans are asking them to play it, so that's the most important thing for me. Every time you release a new song your biggest fear is that people won't like it. So we have that worry out of the way this time around at least."

And on the subject of returning to the Hot Country TV Awards once again, Olivia can't wait to hit the stage in Cavan, but remains typically humble at any mention of her possibly picking up an award.

"It's one of the biggest nights of the year in Irish country, no doubt about it, and I think this is about the fourth time that I've been invited to perform. And this year as well - I think - is the 9th anniversary of the Awards, so that shows you how long Hugh O' Brien and Hot Country have been supporting Irish country artists."

"It's a sell-out show every year, and I think it's 1,000 plus tickets have been sold again for April 29. So anytime an artist gets to play for that many fans - and then, of course, to meet so many of them during the night as well - that's a night to remember."

"As for actually winning anything myself? Look, whatever will be, will be. That's how I see it. If it happens I'll be delighted, of course, I will. But if not, I'll still enjoy the night. And that's what country music is really all about."

Olivia performs at the Hot Country TV Awards Concert in the Slieve Russell Hotel, Cavan, on April 29. Her new single, A Hug Or Two, is available down to download from all digital platforms, and to request from radio.