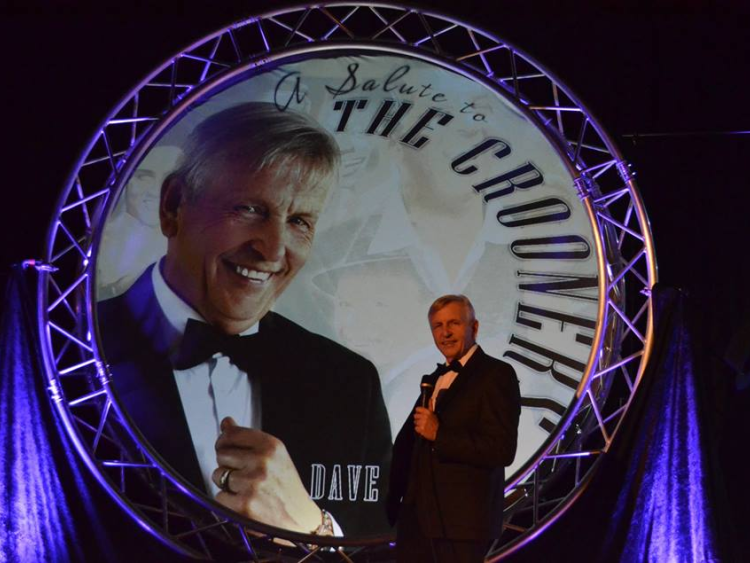 Offaly man Dave Lawlor is set to front a concert, A Salute to the Crooners, in aid of Dóchas Offaly Cancer Support this summer.

The show in association with Midlands 103 and the support comes to the Tullamore Court Hotel on June 15, and will feature some of the million-selling hits of international greats such as Frank Sinatra, Nat King Cole, Tony Bennett, and Elvis, to name but a few.

Always a proud Offaly man, Dave is delighted to be launching the concert in Tullamore, and also to be doing so in conjunction with Midlands 103 and Dóchas.

"Local radio is so important to any artist in the music business, and I've always received great support from Midlands 103 throughout my career, so it's great to have the station so closely involved in this show in my hometown. And I'm delighted that we're able to do this show in association with Dóchas as well, a cause very close to my heart, and to many others throughout Offaly, of course."

A Salute to the Crooners promises to bring fans on an intimate journey through songs they'll know and love, such as I Left My Heart in San Francisco, When I Fall In Love, It's Now Or Never, Magic Moments, and so many more, while also reminding fans of the artists featured through rare images from their lives in a unique audio-visual experience.

Speaking about the show this week, Dave, Ireland's own king of the crooners, points out that this will be a celebration of these great artists and their music, and not merely a tribute.

"A tribute is an act getting up on stage and trying to replicate the artist they're portraying. I'm not doing a tribute to any of the crooners we're saluting in this show. Because you just couldn't do it. They're iconic figures, these are all million-selling songs, and we're telling their life stories through rare images of these stars on screen during the show."

"I'm there to remind the audience about these great songs, to get the audience to sing them with me. Because everybody in the audience will know all these songs. That, for me, is the difference between a salute and a tribute. A tribute tries to imitate an artist. That's not what we're doing. I'd never try to imitate anyone. I'm singing these songs in MY own way."