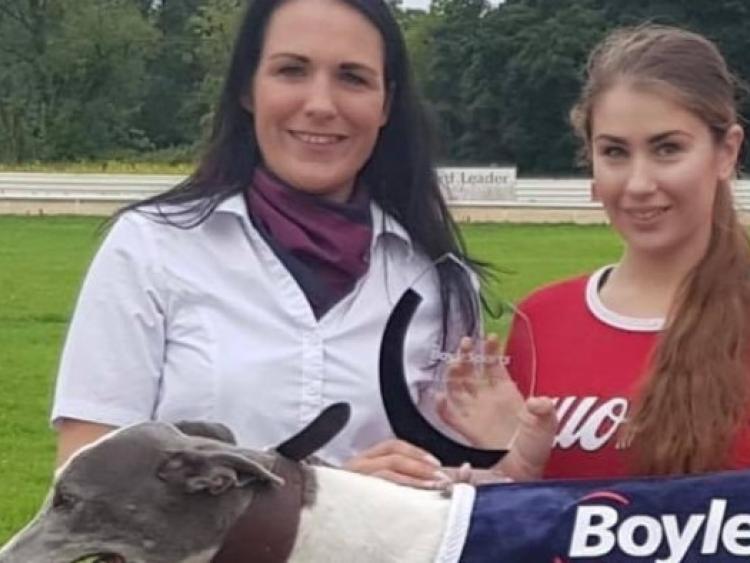 While Rachel Blackmore is flying the flag for women in the horse racing world in Ireland, one young Offaly woman is making a similar mark in the male-dominated greyhound industry.

22-year-old Margaret Bolton from Geashill is one of very few greyhound trainers in Ireland but she is causing a ripple in the sport.

Having taken over the trainers licence from her dad Tommy in September 2017, she has been building up a really nice team of dogs.

Margaret is a daughter of Tommy and Sheila Bolton and Tomm is a well-known figure in the greyhound world.

"It is something I've always wanted to do. I've been involved in greyhounds since as far back as I can remember and when I got the chance to take over my dad's licence, I was only delighted," Margaret said.

"I have a really exciting team of dogs and I'm constantly trying to improve facilities and build up my owners."

On Easter Sunday at Mullingar, one of the local tracks where she mainly races her dogs, she sent out Curryhills Dado to complete a double on the day but more importantly, she reached the milestone of half a century of winners for the year.

She is currently sitting in second spot in the overall trainer's table which is an amazing feat considering she has such a small kennel of dogs.

Margaret could have taken a different path though as the lure of the catwalk is also there. She is a well-known model in the Midlands and she will be changing from her kennel clothes to her finest attire as she represents Ireland in Miss Galaxy 2019 in Belfast later this month where she bids for the chance to represent Ireland in the International pageant in Orlando.

Margaret is certainly going places and she is a trainer we will hear a lot more about in the coming months and years in the greyhound industry.