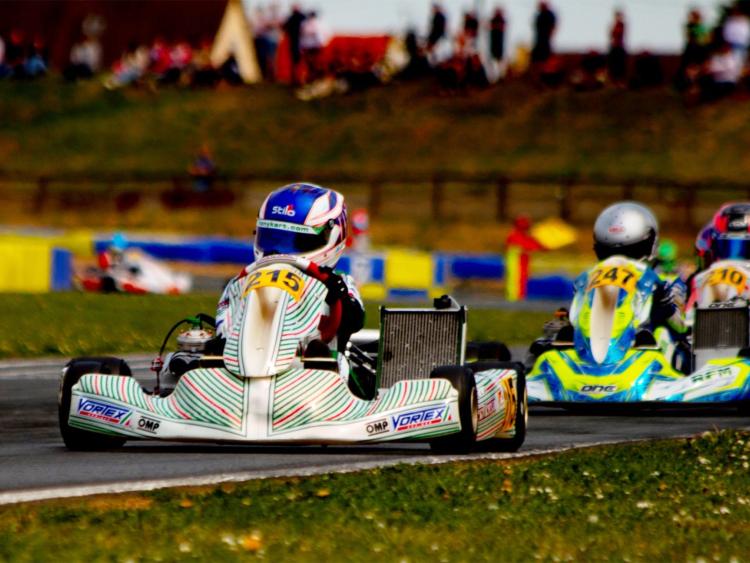 Ireland's only representative in the FIA European Karting Championship, Offaly based teenager Alex Dunne, achieved his best finish in the hugely competitive series with seventh in the final of the opening round of 2019, over the weekend.

Racing in the OK Junior category at Angerville, for the works Tony Kart team, the young Irishman produced a number of very strong performances in the heats to grab his place in the final and set up his highest ever finish at this level. Having competed against a field of more than eighty drivers, Alex left the French track with his second European Championship heat win, two additional podium finishes and seventh place overall.

Continuing his international karting progress, the Newbridge College student took third place in Friday's qualifying to ensure that he lined up on the front row of the grid for all of his heats. The first of five nine-lap heats, on Saturday morning, saw the Clonbullogue resident get his weekend off to a strong start as he took second place following a race-long battle. His second outing was looking likely to produce a similar result until a crash put him out and left him needing some strong results in his remaining heats if he was to make the all-important final.

Heat three saw Alex back on form as he took his second European Championship race win by a comfortable margin. The Irish youngster backed his win up with another podium finish in heat four, before a steady fourth place in Sunday morning's last heat, saw him safely through to the decider where he would start twelfth.

A strong start to the final saw Alex making up places straight away as he avoided the first corner carnage to sit ninth. By lap two the Irish star had moved up to seventh and by the end of lap four, he was sixth. Despite making up places early on, Alex was unable to maintain his progress over the remainder of the twenty one-lap final and finished up a slightly disappointing seventh at the flag.

Speaking after the FIA European season opener Alex said: “I'm really happy to have taken another race win and my best ever European Championship finish but it could have been even better. I felt that I was driving well and the team gave me a strong Kart but that one non-finish was disappointing as it just makes fighting for the podium so much harder. Overall we have to be happy with eighth in the championship as it gives us a good start to build on over the remaining three rounds.”