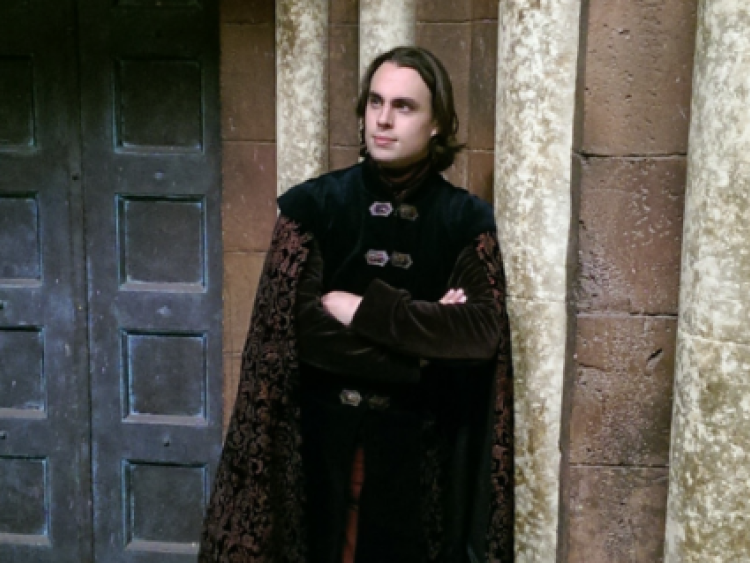 Game of Thrones stardom for man behind Offaly company

The creative director of graphic design, printing and website design company Dezynamite in Tullamore has filmed as a cast member on the final series of Game of Thrones, which hit our screens in the early hours of Monday morning.

Jesse Morris has, in fact, being a part of the biggest TV show on the planet since the third series. Keen Offaly viewers can keep an eye out for Jesse in his part in the final series continuing over the coming weeks.

Jesse first got involved with the show by chance after working on another popular series, BBC's Ripper Street. As a fan of the show, Tullamore-based Jesse was surprised to find out most of it was filmed in Ireland.

"One of the assistant directors on Ripper Street said that he had just finished working on an episode for Season 2 at the time, and I told him I would work for free on it if I could get the chance and asked if he could let me know how to get on to it."

"A few days later, he gave me a contact to get in touch and I immediately rang and sent over a copy of my acting CV. A while went by, I think they had nearly finished filming the second season at that stage and I put it to the back of my mind not thinking anything of it."

"Roll on six or seven months later and while out on a family trip to the zoo I got a call from their casting department. They said they did not have any acting roles left to fill for the upcoming season 3 – but if I was as keen as I said I was they could get me on set and maybe get me in costume as an extra. It was a no-brainer – I said yes!."

"Initially, I was put in and did a scene as an Iron Islander – I was one of the 50 hardy guys that Yara Greyjoy brings to rescue Theon, I can be seen on the ship as Yara sets sail. I always joke that she didn’t have 50 of the hardiest killers in the Iron Islanders, instead, she got 49 plus me, but it worked out fairly well," Jesse recalled.

Although filmed for season three, another part saw Jesse play the personal bodyguard to Lysa Arran as a Knight of the Eerie. "This was a small step up in terms of responsibility and got to work more with the cast on this occasion. Basically, it was a week of myself and another actor trailing Kate Dickie (Lyse Arran) and Aiden Gillen (Littlefinger) around, filming scenes in the Eerie with them."

Jesse reckons at that point the assistant directors started noticing how comfortable he was on camera and with the main cast and started considering him for bigger parts and longer shoots.

Jesse played a number of roles in the intervening series, including as a King's Landing noblemen blown up in the dramatic finale of series 6, a shoot that saw Jesse and other actors sworn to secrecy.

He has most recently played Bronn's double where he was given the "full royal treatment" with his own trailer on set and make-up team making him look like Bronn. In this role, Jesse got to see some of the most dramatic scenes close-up but insists he won't be revealing any spoilers.

He says the whole experience was incredible but also tough at time. "It is not easy work and not for the faint-hearted – physically it took a huge toll and was mentally draining, but to look back and to have been a part of something this huge and to have had a front-row seat is something that will last me a lifetime."