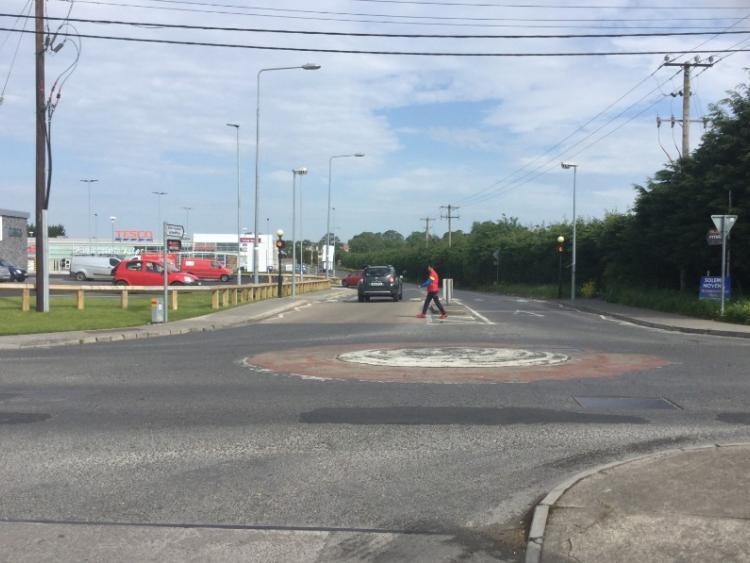 Cribbin welcomes relief road but says it is 'missed opportunity'

Edenderry councillor Noel Cribbin has said he welcomes the town's new inner relief road but expressed frustration that "a better option" wasn't taken on a solution to growing traffic issues.

The Fine Gael councillor was the only opposition voice to the inner relief road, which will join the Dublin Road to Monasteroris via Clonmullen and Clonmeen Rise, when it came before members for approval on Monday, March 25.

He instead proposed an outer route starting near the Boyne Bridge at Lawton and Foley's garage and expressed the safety and logistic concerns he held about the inner route, along with many residents of the town.

"Firstly can I say that, like all from the Edenderry area, I am glad that after many years the inner relief road for Edenderry has got council approval and let’s hope that the planners have got it right and that the tailbacks and traffic jams choking the business life out of Edenderry will be a thing of the past," Cllr Cribbin said.

"However, I am disappointed like many more residents in Edenderry who feel that this is a lost opportunity for the town and that the Lawton & Foley route which was submitted by myself and the Clonmullen residents was a far better option, not just for now but for many years to come."

"This Clonmullen route started life 17 years ago with council road engineers on a blank page and greenfield sites and the original plan was to bring the traffic from the Dublin Road across Clonmullen onto the Kinnegad road exiting at Rosderra," Noel explained.

"17 years later, the Rosderra exit is gone and we now have three housing estates and Tesco, Aldi and Lidl on what was green fields."

"This changes things completely and it seems what the council starts, the council finishes, no matter what the consequences to residents, businesses and the travelling public."

"As we all know well and particularly those commuters coming homework after a long day, on several evenings a week there are traffic jams well out the Dublin Road, sometimes up to a mile long."

"This is a traffic issue, yet the council in their wisdom did not think it was necessary to carry out a transportation study which would provide us with the much-needed information needed to make informed decisions on such an important issue," Noel continued.

"The council submission and Part 8 included putting in the final piece of the jigsaw by building a road that would join up the Clonmullen road to the Kinnegad road. Their plan is to bring traffic coming in the Dublin Road to the Tesco roundabout and turn them right up across Clonmullen exiting at Clonmeen Rise, crossing the Kinnegad Road onto the Dunnes Stores road and up to Monasteroris, coming out at the business campus."

"At the moment, it’s reckoned, without the transportation facts, that there are 20,000 vehicles a day going through Edenderry and that two-thirds of them will use the new inner relief road which equates to 14,00 vehicles coming in the Dublin Road and turning right at Tesco, an area presently the cause of traffic jams two miles long."

Noel Cribbin says, "to make it worse they intend to put traffic lights at this junction." "Will this solve the traffic jams? And what about the residents in Clonmullen and Clonmeen Rise with 14,000 vehicles going by their doors 24/7," Noel added.

"The Clonmullen residents' submission was also to join up the Dublin Road to the Kinnegad Road but we were starting the road at Lawton and Foleys, turning right onto a greenfield route where there’s no busy junction with Tesco, Lidl or Aldi, no residential traffic issues and would divert the traffic before it gets into the town and thus breaking up the traffic coming into the town."

Cllr Cribbin said this would be "a far better option, not only for now but for the next 10-15 years and no issues from residents whose quality of life and home value will be impacted by 14,000 vehicles going by their doors."

"This would be a more costly route but in the minds of many the far better option for all concerned."

"Also very disappointing was the fact that after appeals by the council for people to engage with them on their plans for the Clonmullen route, holding public meetings, which were very well attended, over 153 people responded by sending in their submissions not only from Clonmullen residents but from all over the town and beyond."

"Amazingly, not one of those 153 submissions got a positive response from the council and were all given waffle for answers to legitimate concerns and as I said, when the council started this inner relief road 17 years ago, it was going to finish it regardless of what the concerns raised by the concerned public were," Noel fumed.

"I certainly feel strongly that the Lawton & Foley route was by far the better option for the traffic issues and the residents of Clonmullen and Clonmeen Rise."

Cllr Cribbin noted that the inner route came before the council on Monday and was proposed by Cllr John Foley and seconded by Cllr Liam Quinn.

"I put in a counter-proposal for the Lawton & Foley route but I got no councillor to second my proposal so it was defeated with no vote taken by the elected members. To me and to many more people, this is a wasted opportunity," Cllr Cribbin concluded.