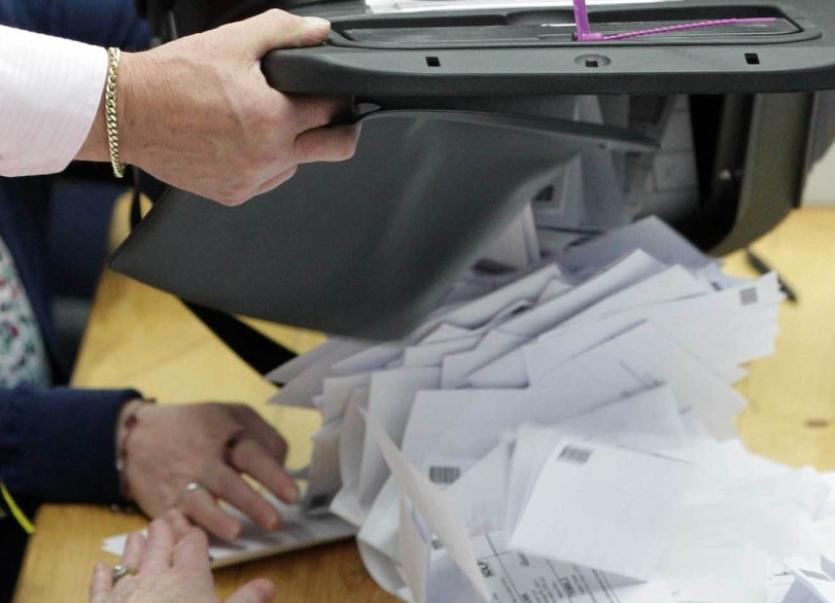 There will be two count centres in Offaly following the local and European elections on May 24, a council official has revealed.

Offaly County Council official Mary Flynn Kenny told the March meeting of members on Monday, March 25, that all votes cast in Offaly on May 24 would be sent to Banagher College. That includes local election boxes, as well as votes from the divorce referendum and the European Election.

She informed the chamber that the early tallies would happen in Banagher before the local election votes were transported to Mucklagh for the official count. The European boxes will go to Castlebar for regional counting.

The only count actually taking place in Banagher will be the divorce referendum, although supporters, candidates and counters will have to travel from Banagher to Mucklagh if following the local election boxes from tally to count stage.

Fine Gael councillor Tommy McKeigue voiced his opposition to Banagher College being used at all as a count venue for the upcoming elections despite earlier announcing that he will not be seeking re-election.

He made the point on behalf of others, suggesting that during the last general election, Banagher was found to be "unsuitable." "There was facilities, no hotel or anything in Banagher for people," he commented.

Although Mary Flynn Kenny explained that the actual local election count would take place in Mucklagh, Cllr McKeigue said, "but the tally people will have to be in Banagher and it's unsuitable."

Mary said she had not agreed with the decision to use Banagher as counting may run into the Monday and affect the school, but insisted, "it is a decision taken out of our hands."

The elections and referendum take place on May 24.