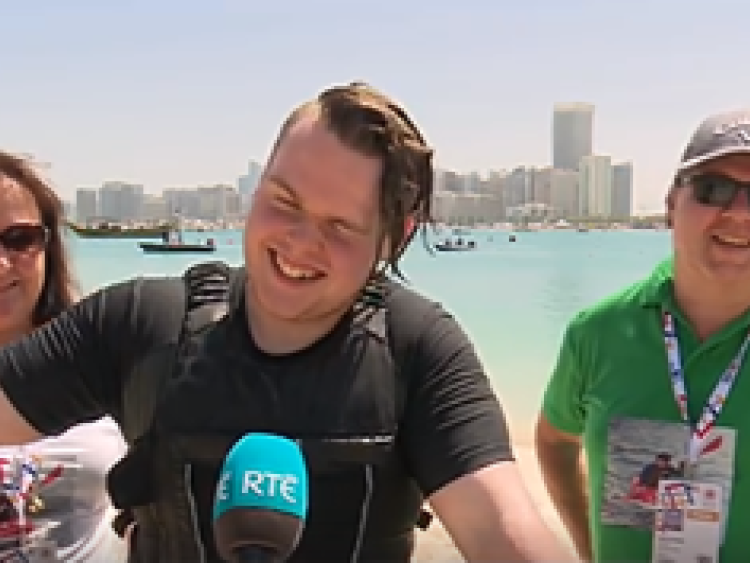 Offaly athletes continue their excellent form at the Special Olympics World Games in the sun in Abu Dhabi.

The latest Offaly athlete to claim a gold medal is 17-year-old Tullamore kayaker Oisin Feery who won Team Ireland's only kayaking gold medal over the weekend.

Team Ireland claimed two silvers and three bronze but it was the Tullamore teenager who brought them to the top of the podium after some seriously impressive performances.

He won his heats in both the 200m and 500m events and while he got his hands on bronze in the 500m, he was scintillating across the water in the 200m event as he took gold, earning him a prime spot on Monday's RTE News sports bulletin.

Elsewhere and also carrying the Offaly flag, Mark Saddler won gold for Ireland in the bowling in Abu Dhabi. The third Offaly athlete in the Games claimed a respectable sixth place finish in the 50m freestyle swimming event.