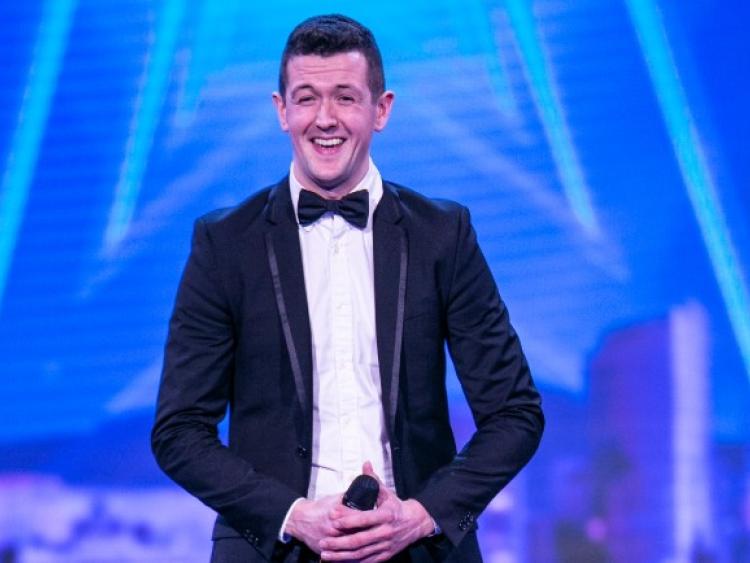 An Offaly opera singer will be among the acts hoping to make it through to the live finals on this week's Ireland's Got Talent.

Darren Fitzpatrick is from Clara and he will be performing on a show that also features pole dancers and fire dancers.

Twenty-seven year old Darren brought his girlfriend along for support and incredibly it was the first time she ever heard him sing. Darren describes himself as Ireland’s answer to Andrea Bocelli but you will have to tune in of Saturday night to find out if he can he convince the judges his has enough talent to put him through.

There is just one Golden Buzzer left up for grabs, will Saturday night’s show unveil the remaining one? There are already four acts who have a guaranteed place in the live finals - Mother and son duo Sharon and Brandon Webb, dance troupe BSD from Swords in Dublin, Sea of Change, an all-female choir made up of cancer survivors and supporters and singer Barry Darcy from Cork.

Liv Gregorio is one of the series’ youngest contestants at just 9 years old but this little girl has a big voice! Liv’s family are from The Philippines and she grew up in Cork. She has been going to Montfort College stage school and likes to sing big numbers by Barbara Streisand and Jennifer Hudson. She may be diminutive but do not underestimate this little girl, she wants to go all the way to the finals, will the judges appreciate her talent and put her through?

Ireland's Got Talent is on Virgin Media One this Saturday, March 16 at 7.30pm

Also on the show is Robyn Diamonds from Derry who has been a big fan of RuPaul’s Drag race since she was just 17, so she knows she needs to impress Michelle Visage.  Robyn has a weekly drag show in Derry’s only LGBT nightclub, Envy and performs there every Saturday.

Iveta Tumasoniene (14) is originally from Lithuania and has grown up in Thurles, Tipperary. She has been singing for 10 years and has entered some singing competitions before but this is her biggest stage so far, her musical influences are Adele and Christina Aguilera! She is taking a chance on her audition with a big song but does she have what it takes to deliver?

Tanya Cheung (26) from Lisburn in Co. Antrim is a pole dancer who took her passion for the sport from learning to teaching, running her own pole and aerial studio called Flyaway Aerial Studio with her sister. She is definitely talented having won the All Ireland Pole Dancing Championships in 2017 and she has a bronze medal from the British Pole Dancing Championships, but will this be enough to impress the judges?

And there are many more acts on Ireland's Got Talent this Saturday at 7.30pm.