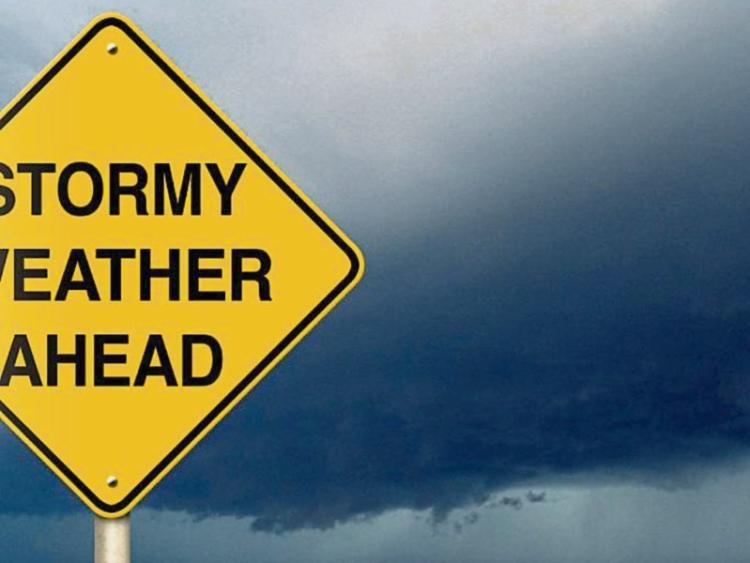 The weather forecast for the coming week from Met Eireann is for it to remained unsettled with very windy weather and heavy rain at times.

Met Eireann has tweeted the seven day Atlantic Charts which shows a band of rain and strong winds crossing the country on Tuesday into Wednesday.

The weather forecast for Monday from Met Eireann is for a bright and cold start with most areas dry in the morning. Increased cloud will bring rain and milder conditions in from the west as the day goes on with strengthening southerly winds. Highest temperatures 7 to 11 degrees by evening.

Monday night will see wet and windy at first with outbreaks of heavy rain. The rain will clear eastwards later with scattered showers following from the west. Minimum temperatures of 2 to 5 degrees.

The weather forecast from Met Eireann for Tuesday says that it will become very windy with widespread showers, some heavy with hail and thunder. More persistent rain will move in across the west and north later in the day. Maximum temperatures of 5 to 8 degrees. Very windy overnight with gale force westerly winds and showery outbreaks of rain. Minimum temperatures of 3 to 5 degrees.

The weather forecast from Met Eireann for Wednesday is that it will be cold and blustery with sunny spells and showers. Winds will gradually moderate in the afternoon. A spell of rain will push in from the Atlantic to affect western counties later in the day. Maximum temperatures of 7 to 10 degrees. Breezy overnight with outbreaks of rain moving eastwards. Minimum temperatures of 6 to 8 degrees.

Staying unsettled with spells of rain or showers on Thurdsay and Friday with temperatures a few degrees below the March average.