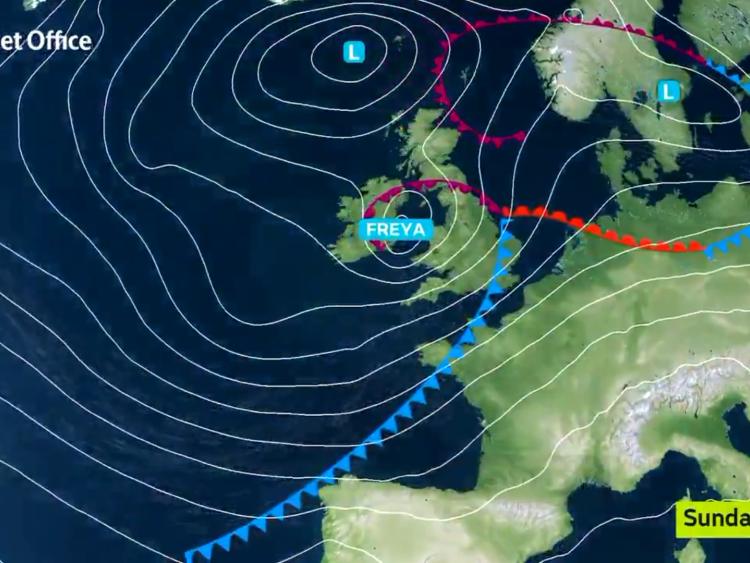 Met Eireann's forecasting partner in the United Kingdom has officially named Storm Freya and has issued a weather warning for Sunday.

The Met Office has released a video warning that Storm Freya is on the way on Sunday and says it could bring damaging winds and heavy rain. A Status Yellow Wind Warning is in place for much of England and Wales from 3pm on Sunday until 6am on Monday

Met Eireann's forecast for Ireland for Saturday night is that winds will be very strong with gale gusts - especially in the north and west but no Weather Warning is yet in place for Ireland as of Friday afternoon.

You may have heard that #StormFreya is arriving on Sunday, but the storm is yet to form. Here's what will happen over the next 48 hours ⏰ pic.twitter.com/3YZvAtc9xi