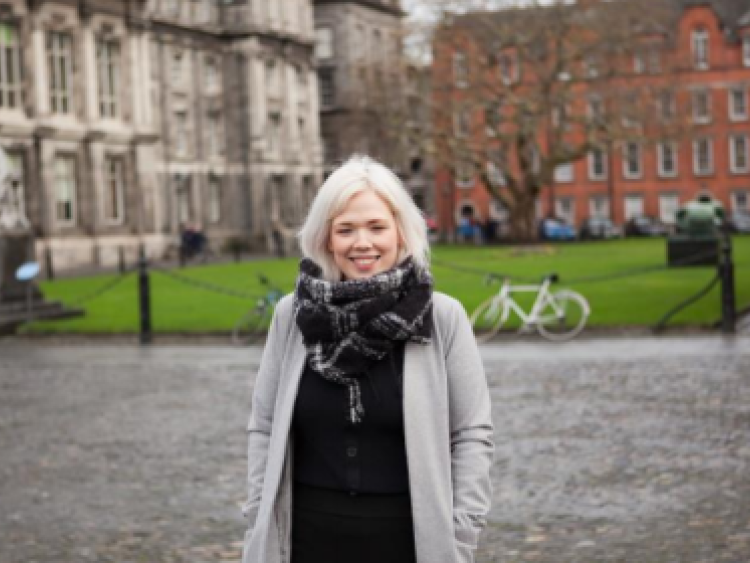 She picks up the award along with Annesley Black and Mithatcan Öcal as part of a project that sees more than €3 million of support to contemporary music projects worldwide.

Shinrone native Ann Cleare is a composer working in the areas of concert music, opera, extended sonic environments, and hybrid instrumental design. Her work explores the static and sculptural nature of sound, probing the extremities of timbre, texture, colour, and form.

Her work has been commissioned and presented by major broadcasters such as the BBC, NPR, ORF, RTÉ, SWR, WDR for festivals such as the MATA Festival in New York, Shanghai New Music Week, Transit Belgium and Ultraschall in Berlin.

Through working with some of the most progressive musicians of our time, she has established a reputation for creating innovative forms of music, both in its presentation and within the music itself. She has worked with groups such as the National Symphony Orchestra of Ireland, Divertimento Ensemble and the BBC Scottish Symphony Orchestra.

Ann Cleare studied at University College Cork, IRCAM, Paris, and holds a Ph.D. from Harvard University. She is represented by the Contemporary Music Centre, Ireland (CMC). Ann is Assistant Professor of Music and Media Technologies at Trinity College Dublin.

She is also Projects Officer with Sounding the Feminists (#STF), a collective championing principles of equality, fairness, inclusivity, and diversity in Irish musical life.

Ann, along with the other two Ernst von Siemens Music Foundation Composers’ prize 2019 recipients, will benefit from €35,000 of prize money and the production of a portrait CD.

The Ernst von Siemens Music Foundation is giving out over €3.5m of prize and support money in 2019. The majority of this – over €3 million – is going to support contemporary music projects worldwide.

On June 7, 2019, chairman of the EvS Music Foundation Board of Trustees and Director of the Gesellschaft der
Musikfreunde Vienna, Thomas Angyan, will award the Composers’ Prizes to the three above-mentioned composers as part of a prizegiving concert in the Prinzregenten Theatre, Munich.

The prizewinners will be introduced in three short films. Under the leadership of Enno Poppe, Ensemble Musikfabrik will play a premiere by Mithatcan Öcal, selections from Annesley Black’s multimedia piece tolerance stacks as well as on magnetic
fields by Ann Cleare, a work for large ensemble split into three chamber groups.

Further information on all sponsored projects and application process can be found at www.evs-musikstiftung.ch