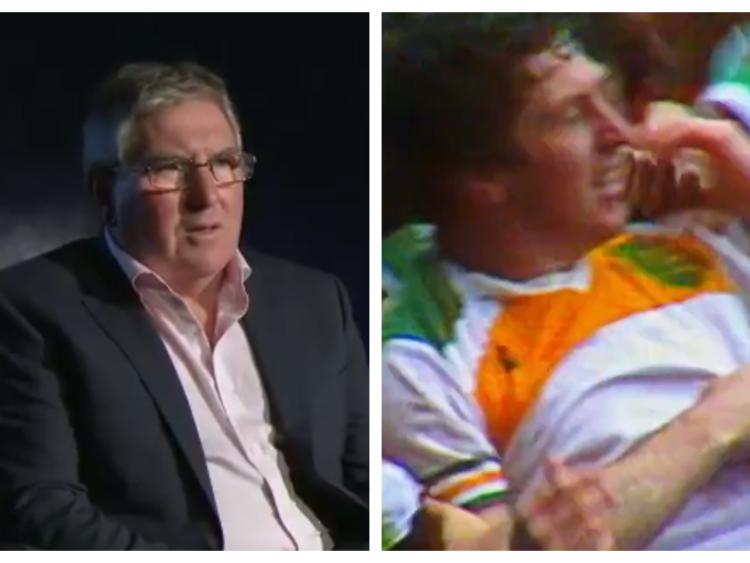 A number of preview clips have set the scene for Darby's episode with contributions from friends and former teammates.

The series features six Laochra with genuine star quality and reveals deeper, fresh and sometimes unexpected insights into the lives of these icons.

While their sporting careers continue to provide the backdrop to the story, the series travels well beyond the four white lines. Gripping personal storylines will compel viewers to travel towards territory unique to the GAA television landscape.

The Seamus Darby episode, entitled 'The Man Who Got the Goal,' will be the second in the series and will be aired at 9.30pm on Wednesday, February 27.

Rhode man Darby could never have known the changes that would come when his life changed in an instant in Croke Park in 1982.

The programme will explore Darby’s story up to that defining moment, and how it came to be that it was he who went on with a few minutes to go.

The detail of the dramatic climax of the 1982 All Ireland Final that put an end to Kerry’s “5-in-a-row” dreams, will be relived.

The documentary, directed by Jimmy Duggan, will also delve into Darby’s life since then, and will discuss the difficulties he encountered as a result of being the man who scored the goal.

The episode will feature contributions from Seamus Darby himself, as well as his brother Stephen Darby, Eugene McGee, Sean Lowry, Seán Walsh and Vincent Hogan.

Laochra Gael will air on TG4 on Wednesdays at 9:30pm from February 20.