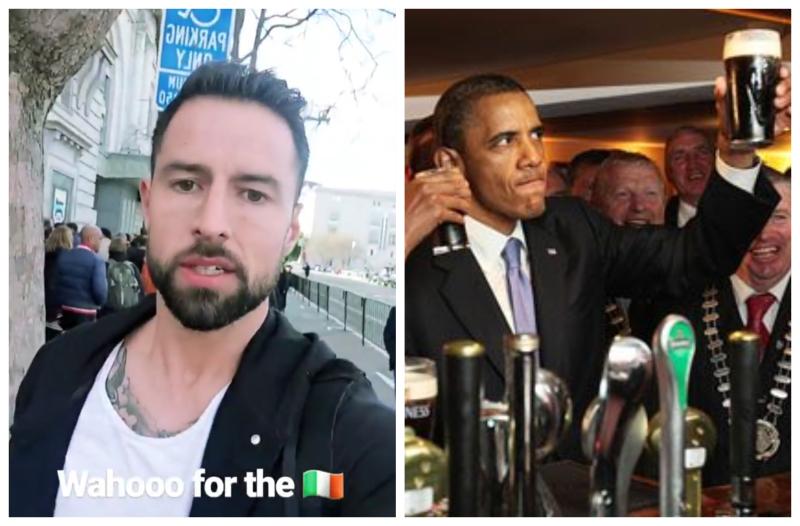 A story to tell the grandkids!

An Irish lad in America has thanked Barack Obama for the Barack Obama Plaza in Moneygall after bumping into the former US President at a hotel gym.

Obama famously visited the small Offaly village in 2011 after discovering one of his ancestors had moved from the area to the US in 1850.

Clare man Peter Barron was staying in San Francisco and working out in the hotel gym when he spotted someone with a strong resemblance to the two-term President earlier this week but didn't pluck up the courage to approach him.

He made a few enquiries and heard through a friend that Barack Obama was indeed staying in the same hotel, so when he noticed him in the gym again on Wednesday, he couldn't pass up the opportunity to introduce himself.

Peter told Today FM's Dermot and Dave Show on Thursday morning that he couldn't think of a good opening line, so instead of complimenting him on his presidency, he said, "I kind of panicked a bit and just said you did a great job with the Barack Obama Plaza."

Obama recognised that he was Irish and Peter told him he was from "just over the road" in Clare, prompting Obama to joke that they were family.

Peter says he then went back to his work out but recalled that the former President said "send all my love back to Ireland" before leaving the gym.

Peter did ask him for a picture but he declined saying, 'if I give you a picture, everyone will want one,' a reply the Clare man understood.

He did, however, take a sneaky video of him just to prove to himself and his friends that he did indeed meet the former President of the United States.

He had quite the story to tell and told his followers of his excitement on Instagram.