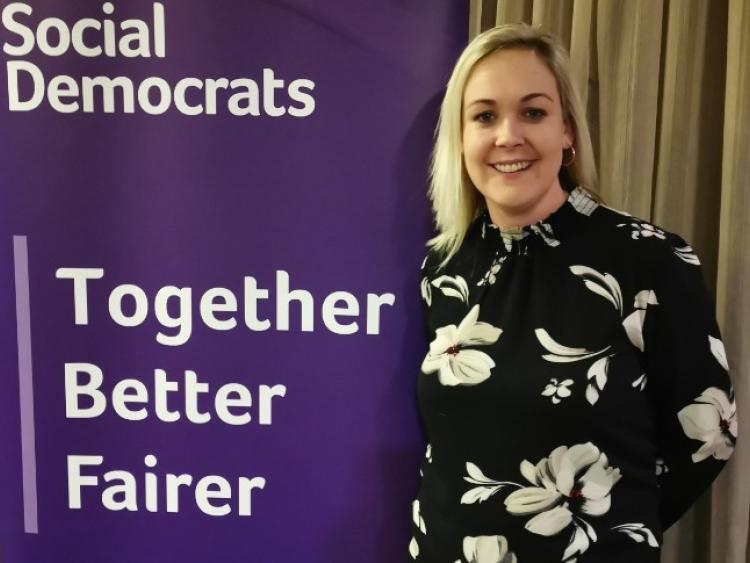 Local Election candidate Clare Claffey has called on the government to take stock of all options for the National Children’s Hospital following weeks of controversies over escalating costs and the recent offer by building contractor BAM.

Claffey, who is standing for the Social Democrats in the Birr/Ferbane area in the Local Elections in May said: “There has been a series of bad decisions and poor management, but instead of doubling down, it’s now time for the Taoiseach, the Minister for Health and the Minister for Finance to produce full costings on all options for our new Children’s Hospital."

"There’s no point in throwing good money after bad, especially when there is rising evidence that the St James’s site is not the best location for the hospital."

Claffey has three young children with long term health issues and said she is "only too aware of the urgent need for a new National Children’s Hospital," but insists, "this urgency should not be used to justify continuing with a failing project."

“We have a once in a generation chance to get this right, for the children of today and for future generations. My family is very familiar with Our Lady’s Hospital in Crumlin, having spent many weeks there with my daughter Nicole after her heart surgeries and again with my son Jayden who needed bowel surgery when he was just a few days old."

"For rural families, who may have just been told that their tiny baby is seriously ill, arriving to a hospital in Dublin is a frightening experience. This is hard enough, without having to face issues of how to get there through city traffic, perhaps not being able to find parking or accommodation nearby. The James Connolly site is far more suitable to the needs of all the families who will be using the new Children’s Hospital in the future," Claffey added.

"Now that the contractor responsible for the national children's hospital has offered to opt out from the project if the board responsible for it wishes to re-tender the contract, we have the opportunity to look at this again – building the hospital at the greenfield site available at Connolly will be cheaper and faster. I don’t think Minister for Health Simon Harris should have been so quick to dismiss that option over the weekend, and I hope he will take the opportunity to discuss it with the cabinet."

“Access to the Connolly site for parents coming from all over the country makes so much more sense. It’s right by the M50 motorway away from city centre traffic, and it’s beside an existing major adult hospital and will be the new site of the Rotunda maternity hospital, which makes so much sense."

"It’s even better for access by emergency vehicles like ambulances and helicopters. We need our politicians to remember that families from all parts of rural Ireland will use this hospital, not just the greater Dublin area. All the paediatric cardiology specialists for the country are at Crumlin and they will be moving to the new Children’s Hospital, whenever it is built, so I will be attending there with my daughter Nicole, along with thousands of parents from right across the country. It’s important to us that it goes in the right place."

Social Democrats co-leader Róisín Shortall TD said: “The government needs to seize the opportunity to take stock of this hospital project and do a detailed costing of all options that were originally outlined. This must include calling a halt to construction on the St James’s site and considering moving to a different site in order to guarantee the co-location of the children’s hospital with a maternity hospital. This is a critical issue and was originally promised as part of this project.”