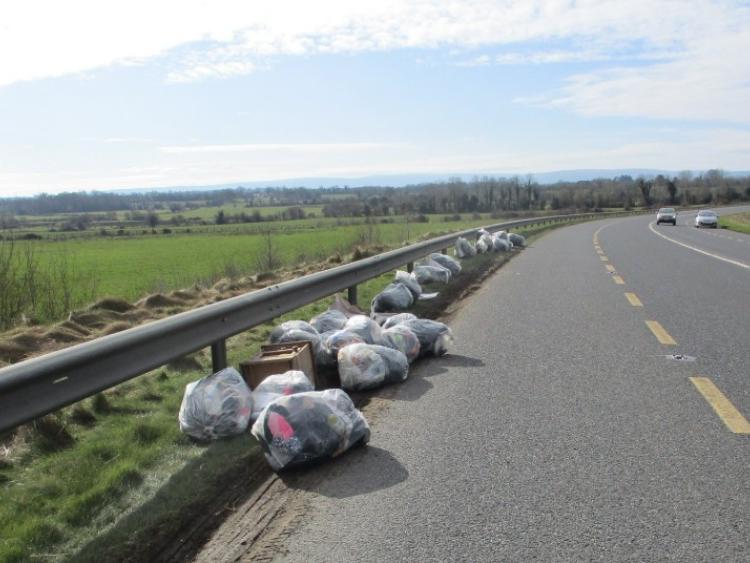 Offaly county councillor Tony McCormack has dismissed the excuse of reputable rubbish disposal as an excuse for illegal dumping in the county.

Cllr McCormack made the comments after being made aware of at least 20 cases of illegal dumping in the vicinity of Tullamore since the turn of the year.

The latest incident was discovered last week at Puttaghaun and at the Arden Road roundabout in Tullamore, prompting Cllr McCormack to call for a name and shame policy on the issue.

"I can’t understand these people, they have no consideration for their community," Cllr McCormack said. A number of people responded to Cllr McCormack by suggesting it was too expensive to dispose of rubbish in the county.

Reacting to that attitude on Friday, Cllr McCormack said: "A lot of the rubbish I see dumped around the place contains drinks bottles, cigarette packaging and takeaways, so if they can afford to buy all of those things, surely they can afford to be law-abiding citizens and choose to dispose of their rubbish properly."

Cllr McCormack says he supports proposed new laws that would result in homeowners being required to provide proof of their rubbish disposal in order to stamp out illegal dumping.

The Tullamore-based councillor says that while he does support such laws, he thinks "Offaly County Council need to add to it to install mobile cameras at little blackspots to catch offenders."

He says local groups like the Tidy Towns, the Chamber of Commerce, Rotary Club and resident associations are out trying to make the town look well and are being encountered by illegal dumping which affects the image of the town being viewed in a positive light."

He has noticed an increase in incidents since Christmas and says it may be down to people doing a spring clean or work on their house being "prepared to buy all the bits and pieces they need but not bothering to dispose of their rubbish like carpet and household waste properly."

"What you'll find is they take it out to a bog road or down a lane and leave it there rather than deal with the hassle of it," Cllr McCormack said.

He also said the issue is a drain on communities as well as council staff who he says are "out cleaning up after others" when they could have better things to do.

He called on the council management to use bye-laws to establish mobile cameras, saying "there is no need to wait" for the new proposed laws to pass through the various stages.

"The council needs to take a hard line on this. We're sick and tired of going around cleaning up after people. We've had a carrot approach for too long; we need a stick approach now in the shape of cameras," he said.