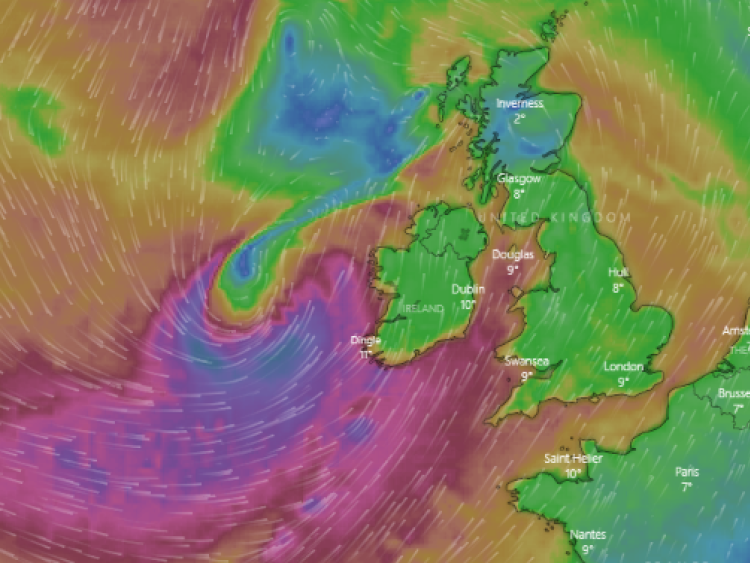 Met Éireann has officially named Storm Erik in their latest forecast while they have also upgraded a weather warning to orange for three counties.

A Status Yellow warning for possible 110km/h gusts will be in effect from 5am on Friday until 6am on Saturday, while a Status Orange warnings will be in place for Donegal, Mayo and Galway.

Storm Erik will bring southwest to west winds reaching mean speeds of 65 to 80 km/h with some severe or damaging gusts of 110 to 130 km/h in the counties under an orange warning.

The highest winds will be in exposed coastal areas, where these values may be exceeded at times. There will be very high seas as well with some coastal flooding.

This orange warning will be valid from 5am to 1pm on Friday.

Elsewhere in the rest of the country, which will be under a yellow warning, southwest to west winds will reach mean speeds of 50 to 65 km/h with gusts of 80 to 110 km/h.

GALLERY: 20 photos of Edenderry from the Offaly Express archives

GALLERY: 20 photos of Edenderry from the Offaly Express archives