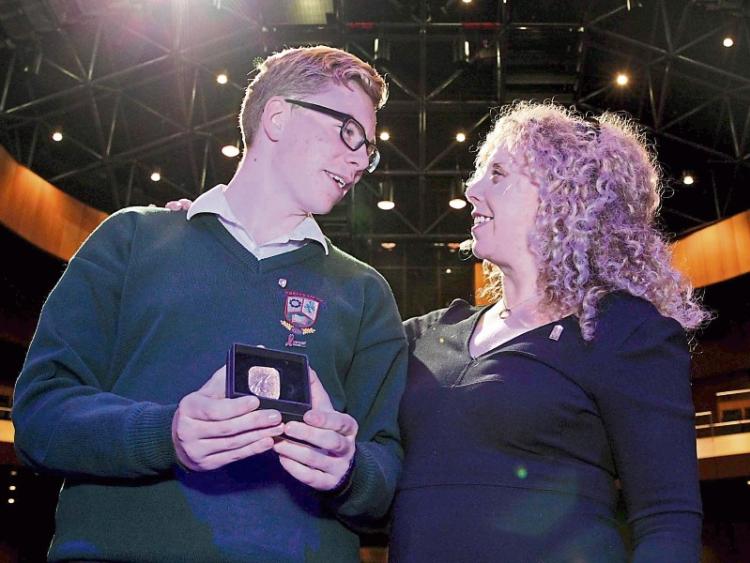 Offaly native Lorcan Tuohy-Donnelly has been recognised for the exemplary volunteer work he has carried out in his local community. His nomination was revealed as Pramerica announced its 20 finalists for the 2019 Spirit of Community Awards (SOC), the only all-Ireland youth initiative of its kind.

Lorcan, who goes to school over the border in Borrisokane, has been nominated for his work as a Safer Internet Day Ambassador with Webwise, the Irish Internet Safety Agency.

Through this work he became a Youth Panel Member which gave him the opportunity to take part in the development of a Government Action Plan on online safety.

The SOC programme, which is run in partnership with the National Association of Principals and Deputy Principals (NAPD) and the General Teaching Council for Northern Ireland (GTCNI), honours post-primary students for outstanding acts of volunteerism and the positive contribution they make in their local communities.

“Year after year, I am so impressed by the incredible drive and passion shown by our participants. 2019 is no different. The volunteer work carried out by teenagers and young people in towns and villages in Ireland is truly having an impact and making a difference,” says Andrea McBride, Vice President of Information Systems, Pramerica Systems Ireland.

“From caring for the elderly and supporting mental health awareness to helping people with learning disabilities, motor impairments and blindness – so much of the volunteering activities that young people are involved in is going under the radar. Our awards programme aims to shine a light on these dedicated students by applauding their achievements and encouraging others to give back to their hometown.”

The 20 students will be presented with €500 and an engraved silver medallion at the awards ceremony on March 28 at the Aviva Stadium in Dublin.

The top two junior honourees will also receive an additional €500 for their chosen charity, and two of the 20 students will be named All-Ireland Youth Volunteers of the Year.

These two awardees will receive €1,000, a gold medallion, a crystal trophy for their school and an all-expenses-paid trip to the United States in May to participate in the Prudential Spirit of Community Awards ceremony.

This year’s ceremony will feature keynote speaker Richie Sadlier, a former professional footballer, psychotherapist and mental fitness teacher. Sadlier will share his own insights into volunteer work and his experience with working in the mental health sector.

“It is great to see the high-calibre of young people from across Ireland who have been nominated for the Pramerica Spirit of Community Awards,” Sadlier said.

"The voluntary efforts of these young people have such a positive lasting effect on those they help. It also allows them to develop important life skills that will only benefit them and those around them as they get older. I’m delighted to be involved in an event that celebrates the selfless work of these honourees.”