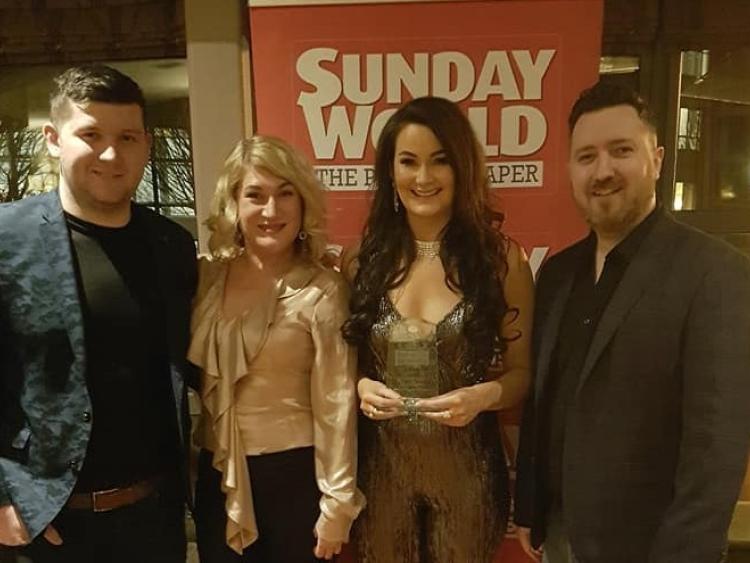 Offaly-based band Ruaile Buaile picked up the 'Contemporary Trad Band of the Year' while Olivia was named the 'Female Breakthrough Country Artist of the Year.'

Ruaile Buaile took to social media to express their delight at the win.

Meanwhile, Olivia was overwhelmed with her award on a night which also honoured Dancing With The Stars favourite Cliona Hagan, Michael English, Nathan Carter and Mike Denver.

It was the Ferbane native's third year in a row to pick up a trophy at the Sunday World Awards, having been named 'Best Breakthrough Artist (Midlands)' in 2017, and 'Best Midlands Artist' last year.

This latest award is yet another sign of Olivia's remarkable rise to fame over the last few years, a rise that shows no sign of slowing down any time soon.

Olivia was a special guest on Nathan Carter's Christmas Tour in December, and when her time on the road with Derek Ryan as part of his 'Ten Tour' comes to a close in March, the 'flower of Ferbane' will be returning to the 3Arena in Dublin for a performance on the Sunday World stage at the C2C Festival.

Speaking on Monday night, Olivia revealed that despite her hectic schedule, she's loving every minute of it. "This is like a dream for any singer, so it is. And I'm the lucky one who's getting to actually live it right now. So while you may well feel a bit wrecked some of the time alright, what I'm feeling more than anything is happy."

"Picking up this award is such an honour for me and I really appreciate it. So I want to say a huge thank you once again to everyone who's been supporting me. And what a lovely way to be starting off the new year, you know, being on the road with Derek and then something like this."

"It's a busy time alright, and there's loads of exciting things coming up - like C2C in March, then Scotland with Nathan, the Hot Country Awards as well - but I'm really enjoying it all, every single minute of it, so long may it last."