First snow of 2019 in the Met Éireann weather forecast 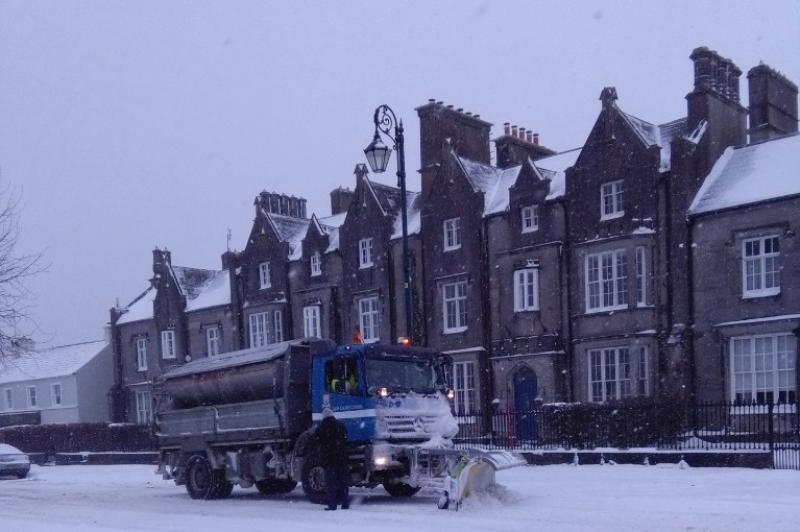 The first Irish snow of 2019 is imminent according to the Met Éireann weather forecast swept in by a cold spell that will also include frost and ice.

But the snow is likely to be light and the forecaster says it will be followed by heavy rain showers during a snap of chilly weather that will run beyond the weekend.

After a cold shower day on Wednesday, it is expected to become mostly dry overnight with just an isolated wintry shower in the north.

A cold night with clear spells and lowest temperatures between -2 and +2 degrees Celsius with frost and icy stretches is expected.

Thursday is set to be a cold dry but mostly sunny day. However, clouds will increase from the west through the afternoon with outbreaks of rain developing along Atlantic coasts late evening time.

The freshening southerly winds will become strong southeasterly on Thursday night ahead of rain developing in the west.

"Temperatures will be below freezing in places and the rain will be preceded for a time by a fall of snow as it spreads eastwards across the country," says the forecast on its website.

The rain in the east will clear on Friday morning and it'll be mainly dry with sunny spells, although once again showers will affect western and northern coastal areas. Winds will be light southerly with temperatures of between 6 and 8 degrees, falling on Friday night to between minus 1 degrees in the south and plus 3 degrees in the north.

Saturday will be mostly dry with just a few showers on the coasts again and it will continue cold with temperatures largely unchanged. Winds will be light variable before becoming northerly.

A colder day is likely on Sunday with freshening cold northerly winds and outbreaks of rain moving eastwards over the country.

The further outlook is for continued cold conditions through the early days of next week.

Met Éireann's weather maps show a plunge in temperatures and heavy rain from Monday to Wednesday.