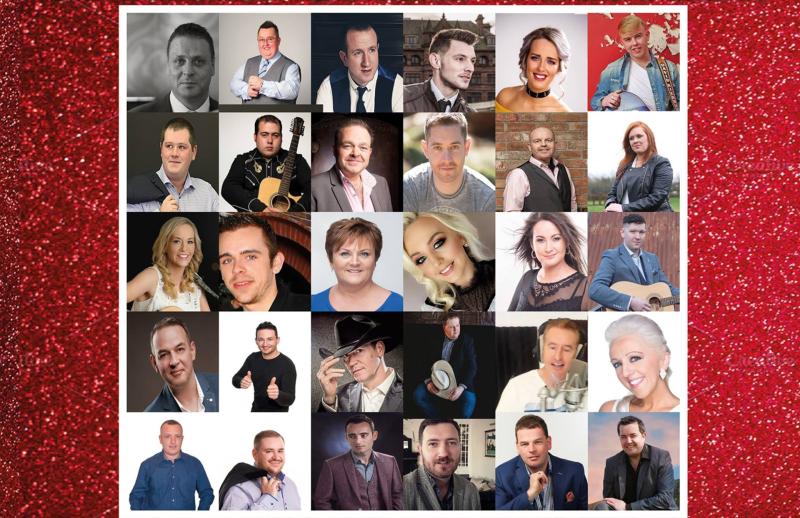 For some of the midlands country stars involved in the Country Comes Together project, in aid of Temple Street Children’s Hospital, the month of December could hardly have got off to a better start as their single, ‘The Meaning Of Christmas’, hit the #1 spot on the iTunes Irish country chart.

You can check out the video on the Country Comes Together Facebook page by clicking here.

Over 50 artists will be contributing to the project altogether, between those who featured on the track itself, and those who will be hitting the stage in The Well, Moate, for the official launch night on December 10. One of those artists is Colin Kenny, and the news that ‘The Meaning of Christmas’ has topped the charts wasn’t only an early Christmas present for him, but a perfectly timed birthday present too, as the country crooner marked his birthday on Sunday.

“It’s fabulous news to get on any day, but it’s definitely even nicer when it just happens to come on your birthday. Personally, I’ve been very lucky in 2018 and I’m more than grateful that I can look back on a year of some lovely high-points in my career. And to end the year as part of another #1, well that’s the icing on the birthday cake, I suppose! [laughs]. But the most important thing about this is the funds and the awareness that we’ll be able to raise for Temple Street, and the next big step in doing the best job on that will come with the launch night on December 10, so we hope we’ll see loads of country fans from all over the midlands and further afield joining us in The Well.”

Another artist involved in this project is Sabrina Fallon, and as well as having her own new single, ‘Old Maid In The Garret’, out right now, ‘The Meaning Of Christmas’ also marks Sabrina’s second time to top the Christmas charts.

“Yeah, isn’t that kinda crazy when you think about it. But it’s definitely kinda lovely too. I mean, what better time of the year to be a part of something so special”, observed Sabrina. “Last year I recorded a beautiful song called ‘The Greatest Gift of All’, with my dear friend John Molloy. And not only was it my first duet, but my first #1, too. And John is going to be performing at the launch of this single too. On behalf of everyone involved in Country Comes Together, I want to thank everyone who has downloaded the song so far, it’s because of you that we can all share in this happy news. But please come along to the launch on December 10 in The Well too, because that will help us all to do even more for the wonderful staff and children in Temple Street. This is all for them.”

The official launch of ‘The Meaning of Christmas’ takes place in The Well, Moate, on December 10. Doors open at 8pm, admission is just €10. For more information, go to the Country Comes Together page on Facebook, or check out the official website, www.countrycomestogether.com

‘The Meaning of Christmas’ is available to download NOW across ALL digital platforms. You can download it from Itunes by clicking here