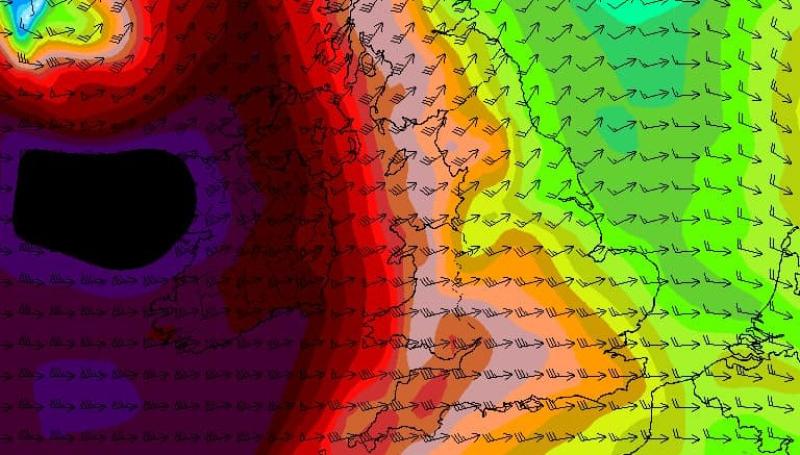 That's according to Midlands Weather Channel expert Cathal Nolan, who posted his latest findings on social media this morning.

"Based upon the latest weather models there is an increasingly likely chance that Ireland may receive damaging winds from an intense Atlantic storm depression between late Thursday night and into Friday.

"While the storm is a considerable time away at present, early estimates suggest that if the storm system develops as projected, then wind speeds may gust between 140 - 16o km/hr across parts of May, Sligo, Leitrim, Donegal, Derry and Antrim, where status red warnings would in all likelihood be issued," said Mr Nolan.

And it would be rough across the rest of the country too, with winds elsewhere expected to reach between 120 and 140 km/hr which, according to Mr Nolan, would mean widespread orange weather warnings would also be issued, should the potential storm develop as indicated by the latest weather models.

"What makes this storm particularly dangerous in comparison to more recent storms is the fact that it’s projected to develop rapidly close to Ireland, meaning it’s full affects will be felt, and also there exists a higher chance of witnessing sting jet development also," he said.

A sting jet is a meteorological phenomenon, which can cause severely damaging winds.

To keep up to date with Mr Nolan's weather predictions, see @MidlandsWeatherChannel on Facebook.