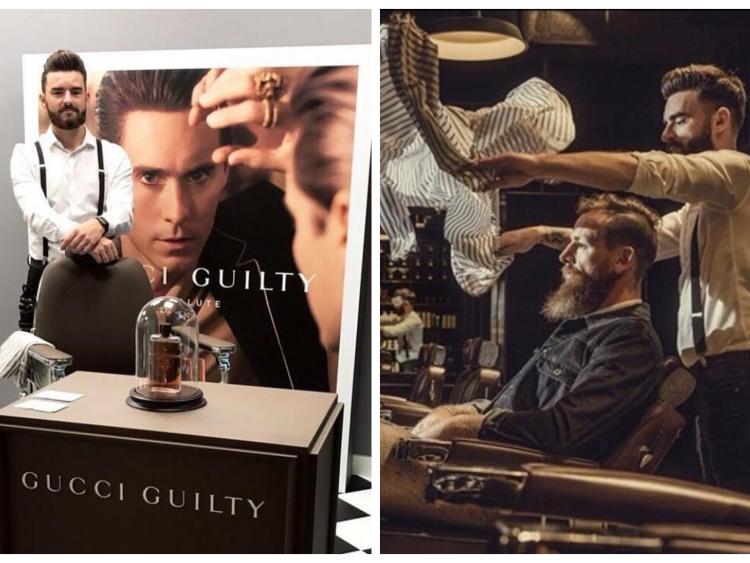 The personal barber to Liverpool FC stars Jordan Henderson and Adam Lallana will be in Offaly on December 16 to cut hair and officially open the county's newest barbershop.

Clara man Niall Keegan has just returned from Dubai where he worked with the likes of Gucci and Tom Ford, to open a brand new shop, bringing "a taste of luxury" to his new customers.

Penthouse Barbershop will officially open on December 16 where celebrity barber Ryan Cullen will be on hand to cut hair and people can get an early Christmas present with spot prizes up for grabs from 1pm to 6pm.

All money raised on the day will be given to the local Clara Christmas lights fund, owner Niall Keegan told the Offaly Express.

Clara man Niall began his foray in the men's hair business three years ago when he completed a barbers course at the Midlands School of Hairdressing in Tullamore. He then went on work experience to Athlone before being made permanent and progressing to the role of manager.

"I was working for two years before deciding to search for an experience abroad and ended up getting a job in Dubai in a barbershop called Chaps and Co," Niall said.

"I learned so much and gained invaluable experience during my time there. While working at C&C I had some great opportunities with celebrities, including footballers Ryan Giggs and Steven Gerrard, visiting the shop on a regular basis."

"I featured in several magazines and got to work with top brands," he added. Niall also once turned down an opportunity to work for the royal family of Saudi Arabia.

After a year in the bright lights of Dubai, one of the world's wealthiest cities, Niall has decided to return home with "a wealth of knowledge" under his belt.

"Owning my own barbershop has always been a dream of mine and I knew after getting to work with some amazing barbers in Dubai, it was the perfect time for me to bring my work back to my hometown," he explained.

He has been working tirelessly over the last few months to perfect 'Penthouse Barbershop,' which owes much of its inspiration to Niall's time in Dubai.

"I'm looking forward to giving my clients a little taste of that luxury," he concluded.

The official opening of Penthouse Barbershop will take place on December 16.

You can find out more on the Penthouse Barbershop Facebook page here.