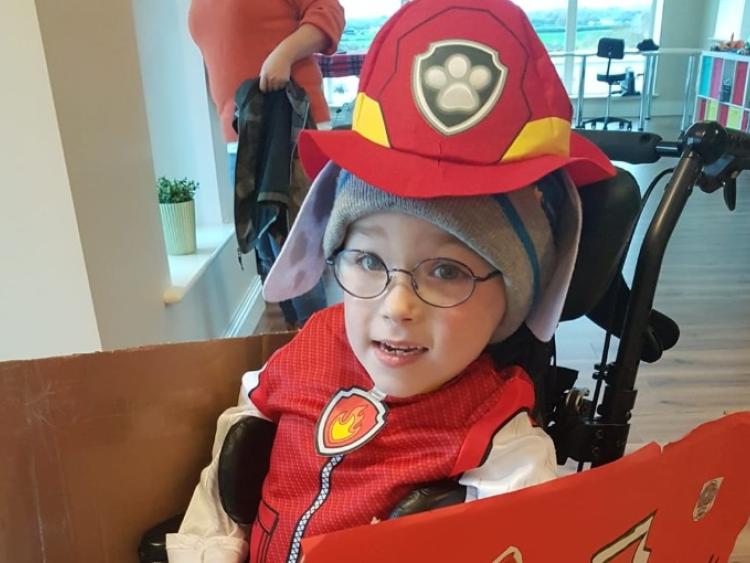 A young Offaly boy (6) who was paralysed following a rare diagnosis in 2014 has been nominated for an award at the 13th Dream Ball and National Children of Courage Awards.

Billy, whose parents Victor and Eileen live in Offaly, was a perfectly healthy and carefree toddler in 2014. The two-year-old was running around with his sister on July 28 when he suddenly collapsed.

Five hours later he was in Temple Street and his parents were told their son had Transverse myelitis (TM) and that he was paralysed from the chin down.

Victor and Eileen were informed that Billy would never walk again, throw a ball or be able to use the toilet on his own ever again. Their lives were changed utterly as they bid to provide the best care to their beloved son.

Transverse myelitis is a neurological disorder caused by inflammation across both sides of one level of the spinal cord. It destroys myelin the fatty insulation substance that covers nerve cell fibres. The damage causes nervous system scars in the spinal cord and the rest of the body to stop working.

It blocks all the nerves endings working the rest of your body. It’s described as a one in a million "very rare condition" but Billy has now become known as 'the King of Temple Street' as he spent nearly a year there where he was adored by all.

He had a tracheostomy tube inserted in August of 2014 because he wasn’t able to breathe on his own. That tube was eventually taken out after four years in August of this year, and Billy now has a nurse who sits beside his bed every night and a Health Care Assistant every day to help with his daycare.

Billy and his parents have to travel to the UK twice a year for rehab and their story is charted on 'Billy's Recovery Page' on Facebook where the Offaly youngster has 8,000 followers.

His Mum Eileen who nominated him for the courage award says, “I would only love Billy to receive an award as he truly deserves one.”