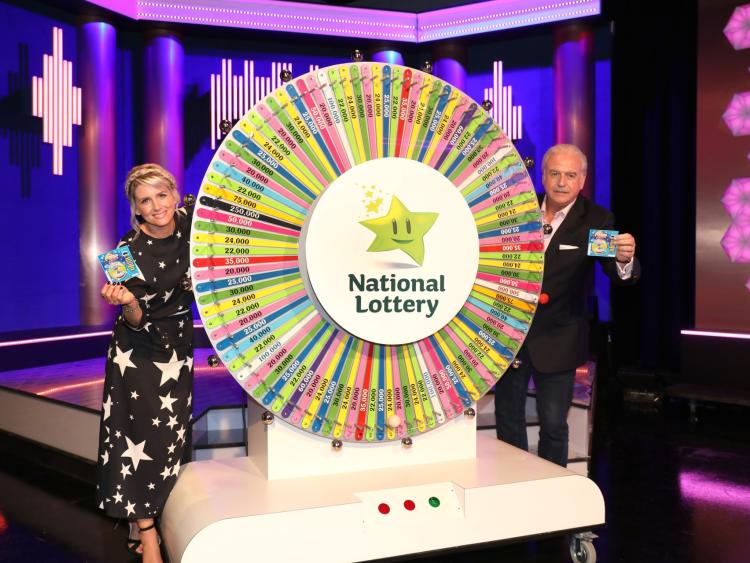 An Offaly grandmother will be hoping to go on a Winning Streak of her own this weekend as she will appear on the National Lottery TV gameshow, this Saturday on RTÉ One.

For the past week Agnes Gannon has developed a celebrity status in Tullamore in Co. Offaly as she prepares to go on Winning Streak. Her friends and neighbours in the community have been so good to her and have been wishing her the best of luck all week. Agnes was at a wedding in Broomfield in Monaghan on Saturday when she checked her phone and had a lot of missed calls from her son Gerard. When she finally called him back, he let her know she was pulled out by Sinead and Marty for Winning Streak.

Agnes is originally from Kilbeggan, Co. Westmeath, and proud of it and still has lots of family living there but moved to Tullamore more than 50 years ago, just before she married Michael all those years ago.

She and Michael have three adult children, Gerard, Deirdre and Aine. Agnes also has eight grandchildren who are all coming along to cheer her on. She comes from a large family herself and Agnes has two brothers and six sisters.

Back in her working life Agnes was a carer who worked in the community for the HSE and looking after elderly people in their own homes.

With her Winning Streak winnings, Agnes wants to pay some bills first and foremost but if she wins really big she will look after all her children and all the grandchildren.

The National Lottery game show, co-presented by Ireland’s ‘Greatest Show Duo’ Marty Whelan and Sinead Kennedy, will feature some perennial favorite games as well but also brand new games including Play or Pay, Roll for Riches, WinFall and Electric Dream – where one player will win an electric car worth €25,000.

As ever one of the lucky five players will get the chance to spin the wheel and win up to €500,000.  But this series a €100,000 segment will be added to the iconic Grand Prize Wheel every show if less than that was won in the previous show, improving players chances to win a massive prize. Winning Streak will air on RTÉ One at 8:15pm on Saturday 22nd September.