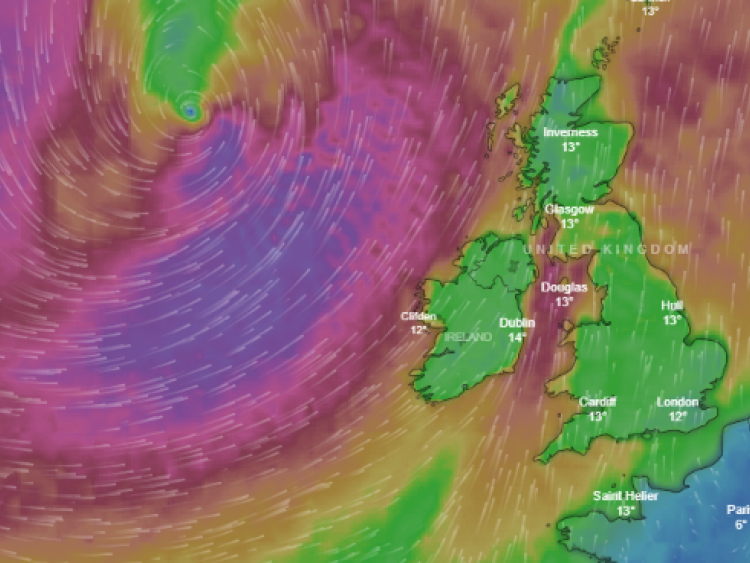 A regional weather forecaster has warned that Offaly could experience gusts up to 100km/h late on Friday evening.

"During late Friday winds are expected to increase across many areas of the country ahead of the approaching remnants of ex-hurricane Oscar," Cathal Nolan from the Midland Weather Channel said.

"The storm system itself will stay far enough to the north and northwest to ensure that we escape the very worst of the winds, however, winds will remain string enough to issue a weather warning, especially in Atlantic coastal fringes of the North and Northwest," Cathal added.

"Parts of west Clare, west Galway, Mayo, Sligo, West Leitrim and Donegal will see the strongest of the winds where they may gust close to 110-115 km/h."

"For the remainder of the country, including Offaly, winds will gust typically between 90-100 km/h," the meteorologist warned.

"The worst of the winds will have eased by the early hours of Sunday morning, however, further bouts of strong winds are likely at a time during next week, with the possibility of stormy conditions later in the week," he concluded.