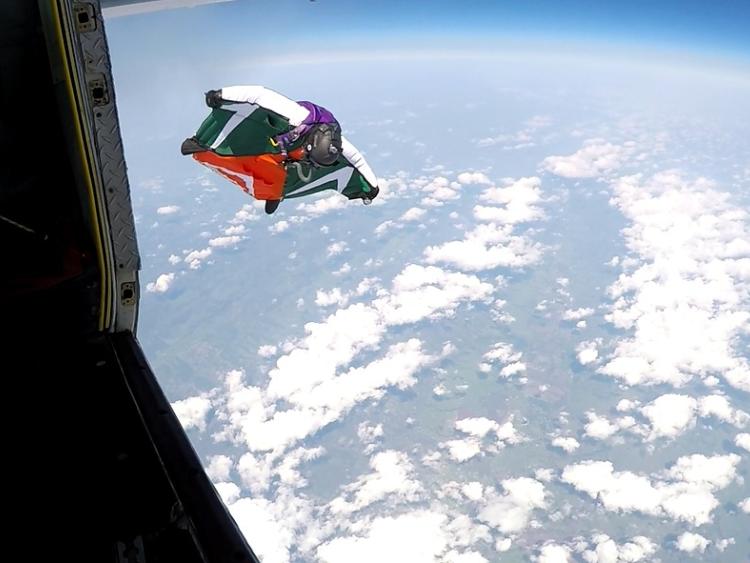 The Irish Wingsuit Team, who regularly train at the Irish Parachute Club in Offaly, were recently awarded the FAI “Group Diploma of Honour” for outstanding achievement in aviation sport.

On October 25, the Federation Aeronautique Internationale (FAI) granted the team this prestigious award at the FAI General Conference in Luxor, Egypt.

Brothers Stephen & David Duffy from Rathcoffey, Co.Kildare, and Marc Daly from Armagh were presented with this Diploma in recognition of their high altitude project during which they broke 4 World, 3 European and 23 National Records in April 2017.

After a decade of preparation, the team jumped into the record books from an altitude of 34,400ft, the same height as a commercial airliner.

Wearing custom-made wingsuits and life support systems the team reached speeds of 411.1 km/h and endured temperatures of -58°C or -115°C including wind chill. The team are delighted that their success has been recognised at such a high level and to receive such a momentous award.

Moving on from this the team has also announced their intention to glide from Ireland to the UK. They will attempt to cross the sea in free fall alone using their wingsuits once again creating aviation history.

The team are currently actively seeking a commercial partner for this project which boasts immense marketing potential.