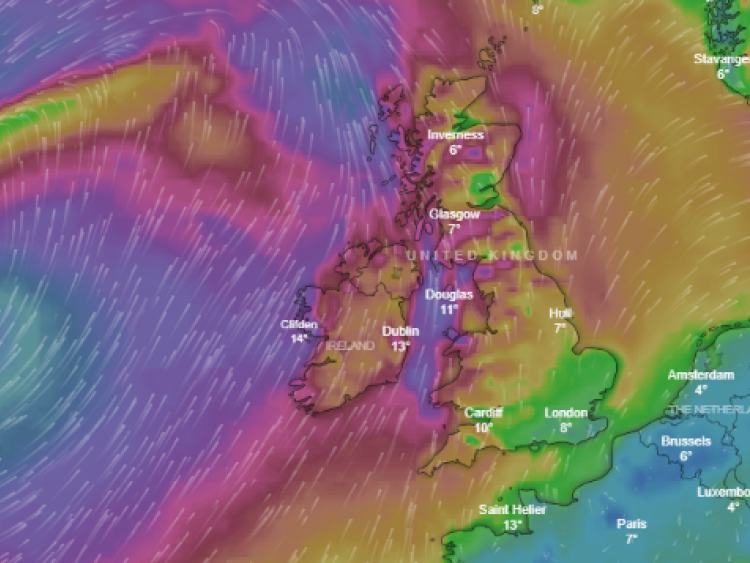 An Offaly weather forecaster has predicted another storm will hit Ireland later this week.

Cathal Nolan from the Midland Weather Channel said, "Certainly the main focus this week is the possibly stormy conditions that may develop through Thursday and into Friday as an Atlantic storm, possibly storm Deirdre or ex-hurricane Oscar, develops off the west coast before crossing the country."

"At present, the strongest winds would appear to be in the northwest of the country and along Atlantic coastal counties, however, there’s a considerable amount of time for the storm's track and intensity to change, so do take notice of all weather forecasts and warnings," Cathal added.

"Conditions are expected to be dry and bright in most areas today, however, cloud will increase along Atlantic coastal counties with some light outbreaks of rain expected here for bank holiday Monday. Across the Midlands and East dry and sunny conditions are expected for Monday and Tuesday," Cathal said.

"All areas can expect to see some rain or showers on Wednesday before Thursday’s storm approaches, lasting well into Friday also," he concluded.