The grant will support the school's conservation plan 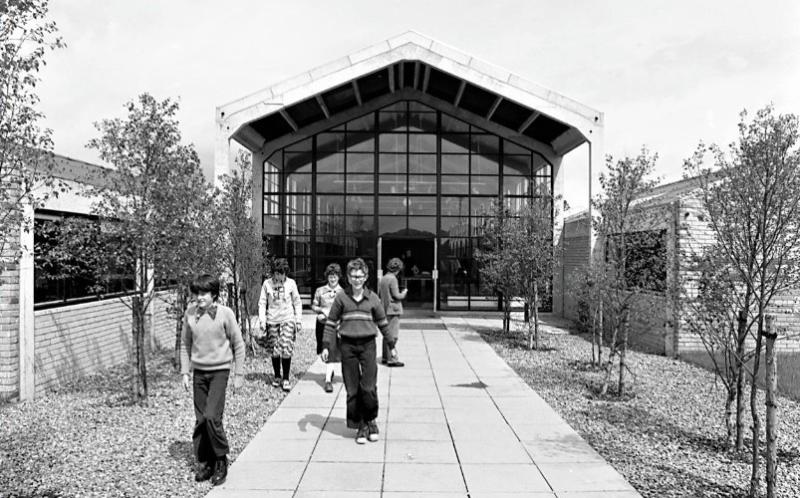 St. Brendan's Community School in Birr has received a grant from the Getty Foundation aimed at protecting the conservation of examples of modern architecture.

The school, built in 1979, will receive €124,000 from the US-based foundation which supports "individuals and institutions committed to advancing the greater understanding and preservation of the visual arts in Los Angeles and throughout the world."

The school caught the eye of judges for Getty's 'Keeping It Modern' campaign, which supports "projects of outstanding architectural significance that contribute to advancing conservation practice."

The foundation recognises that buildings like this need work to maintain them due to a lack of understanding of some of the materials used to construct them. The Getty Foundation developed Keeping It Modern, an international grant initiative that continues their "deep commitment to architectural conservation with a focus on important buildings of the twentieth century."

The judges described St. Brendan's School, which was designed by Peter and Mary Doyle, as "an internationally recognised example of Irish modernism. The unique design was explained: "In anticipation of an influx of new students, the Doyles designed the school to have modular components that could be added or removed as needed. Using elevated ceilings supported by concrete portal frames and sleek walls made entirely of steel-framed windows, the architects created a flexible space with a bright, bustling, interior "street" where students could easily socialize and exchange ideas."

Outlining their reason for supporting the Offaly school, judges said, "Due to its age and materials, as well as Ireland's updated construction and environmental performance standards, St. Brendan's now faces a number of conservation challenges. These include moisture ingress, asbestos abatement, energy performance, and thermal comfort."

Queen's University Belfast has assembled an expert team to develop a conservation management plan that "not only addresses these concerns but also outlines principles for St. Brendan's future care."

"Given that St. Brendan's technology and construction are emblematic of other modern buildings, the conservation plan has the potential to influence the wider debate in Ireland on how best to preserve modern heritage. At the conclusion of the project, organizers will share their research findings through an exhibition and public symposium," they said.

The management of St. Brendan's Community School in Birr have also expressed their delight at the funding announcement. "This is important to ensure the building's viability into the future. Buildings are important but we always recognise the spirit of St. Brendan's does not come from buildings but from its exceptional pupils, working in cooperation with a dedicated teaching staff," a statement read.

"We can not say enough how proud we are of our current and past pupils who have come through our doors since 1980," it continued.

The other buildings included in the funding announcement span the entire globe, from America and Cuba; to Lebanon and Sarajevo.

You can see a full list of the buildings supported under the Keeping It Modern grant scheme here.