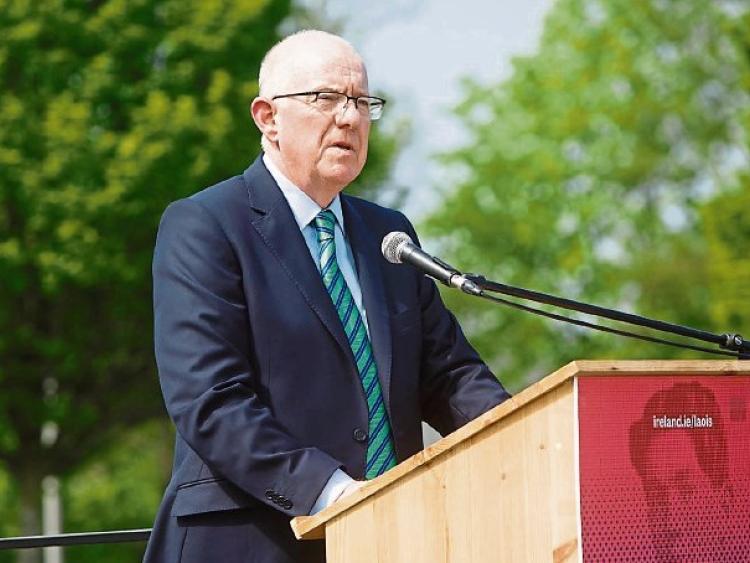 Minister for Justice and sitting Laois TD, Charlie Flanagan, has said he s requesting a special meeting with Bord na Mona and government officials following the announcement of hundreds of job losses.

Offaly is to experience significant job losses under the new Bord na Móna strategy which sees the company accelerate its Decarbonisation plan and bring forward its date to end peat production.

The job losses were revealed as Bord na Móna announced its strategy to decarbonise, accelerating moves away from its traditional peat business into renewables, resource recovery and new sustainable businesses.

Responding to the news, Minister Flanagan, who will stand for election in the reformed Laois-Offaly constituency at the next General Election, said, "Bord na Mona is an organisation which is really important to the Irish Midlands, and has been since the Turf Development Act of 1946."

"I acknowledge the close relationship which has developed between it and the people of the Midlands over the past number of decades," he continued.

"Obviously, however times have changed, and I accept that, with particular reference to Climate Change and the need to decarbonise, Bord na Mona now needs to diversify."

"However, the impact on the Midlands is such that I am asking Bord na Mona, Senior Officials from Dept Business & Innovation, the IDA, Enterprise Ireland and the local LEO offices to convene a meeting and arrange a special committee charged with the responsibility of focusing on jobs maintenance and creation in the Midlands," Flanagan concluded.