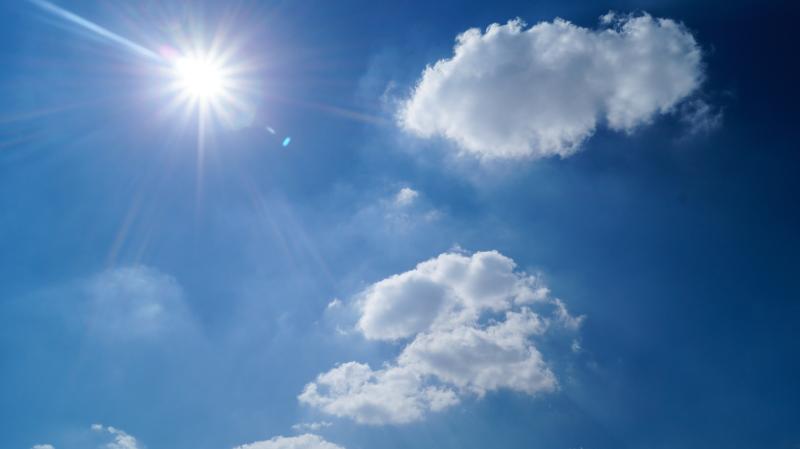 According to Met Eireann it will be changeable on the weather front this week however it looks as if there will be a good deal do dry weather in the coming days.

The national forecaster says it will be generally dry tonight with clear spells. Cold with lowest temperatures of 1 to 5 degrees and a touch of grass frost in places. Light variable breezes.

According to the latest Met Eireann forecast, there will be rain at first on Tuesday morning but this will become light and scattered, with some dry spells developing by noon or so and with a few sunny spells in places. Later in the day and overnight, a band of heavy showers will follow in from the Atlantic. Top temperatures of 14 to 17 degrees. Fresh and gusty south to southwest will veer westerly overnight. Mild overnight, with lows of 6 to 9 C.

The national forecaster states that it will be bright and breezy, with a mix of cloud and sunny intervals on Wednesday. A lot of dry weather, but there will be some showers, these are most likely to affect parts of Ulster and Connacht. Fresh and gusty west to northwest winds will moderate in the afternoon and evening. Top temperatures of 10 to 13 degrees. Cold and breezy overnight, with clear spells and scattered showers. Lows of 1 to 5 C.

Met Eireann says that it looks set to be dry across the country on Thursday with a transient ridge of high pressure moving in. There will be some sunshine, especially in the east, but cloud will tend to build from the west late in the day. Highest temperatures of 11 to 14 degrees in moderate to fresh southwesterly breezes. Mild and breezy overnight, with rain spreading in off the Atlantic.

Met Eireann says that latest indications suggest some rain for a time on Friday, but this is likely to clear eastwards later. Top temperatures of 12 to 16 degrees with moderate southwest winds.