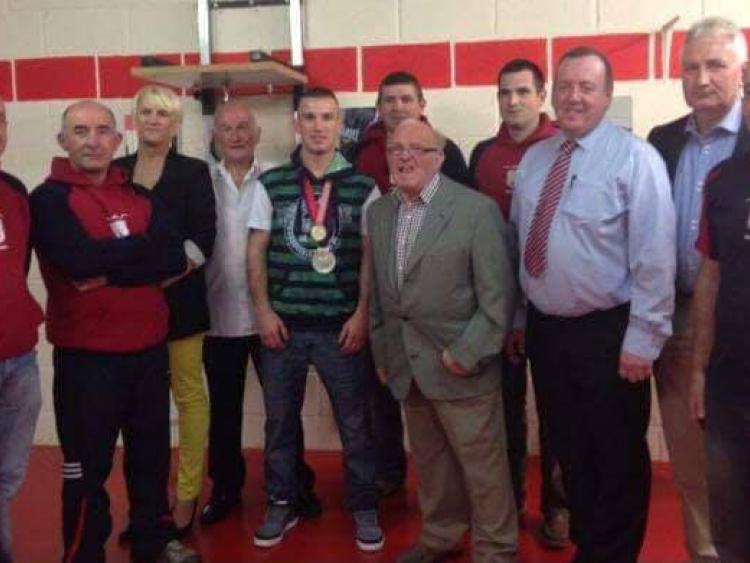 Joe is pictured below at the official opening day of St. Joseph’s Boxing Club with Olympic Silver Medallist John Joe Nevin in 2013

Edenderry is today mourning the passing of a boxing legend, a proponent of one of the town's most famous sporting families.

Joe Brereton was the Honourary Life President of his beloved St. Joseph’s Boxing Club and their members have expressed great sadness at his death late on Thursday night.

Joe, who along with brother Dutch was involved in organising Muhammad Ali's famous Dublin fight in 1972, and whose sons and nephews went on to national and international success in the boxing ring, was one of the original founders and indeed the man the St. Joseph's club was named after.

In a tribute on Friday, the club said, "Joe was always at hand when his health allowed and in the early years was seen sitting in the corner at training giving the instructions to both the coaches and the boxers that were training."

"His boxing knowledge never left him and he often sent instructions to the club when he couldn’t make it up and had an interest and would want to know who was going to be boxing and then know how they got on," they continued.

"Joe was a boxing legend, he loved all his boxers and they had great respect for him as a result. He was a very honest man and very popular man. So many stories can be told about Joe and the boxing community has lost a great person."

Joe is once again reunited with his beloved wife Marie.

The club extended the deepest sympathy to Joe’s family and large circle of friends.