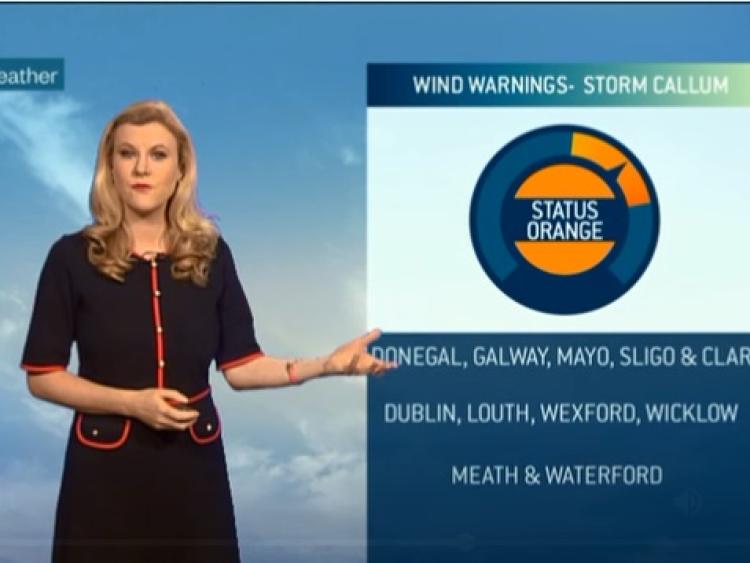 Sotrm Callum will bring 'severe and damaging' winds tonight in coastal areas according to the latest Met Eireann weather forecast on RTE.

The Orange Warning for Dublin, Louth, Wexford, Wicklow, Meath and Waterford comes into effect at midnight and will be in place until 9am.

In the forecast, Nuala Carey added that a spell of rain combined with high tides would bring a risk of coastal flooding.

The rain will however clear quickly tomorrow morning with winds also dying down in most areas but she added that it would remain stormy on west and northwest coasts.

Temperatures tomorrow will be between 14 and 16 degrees.