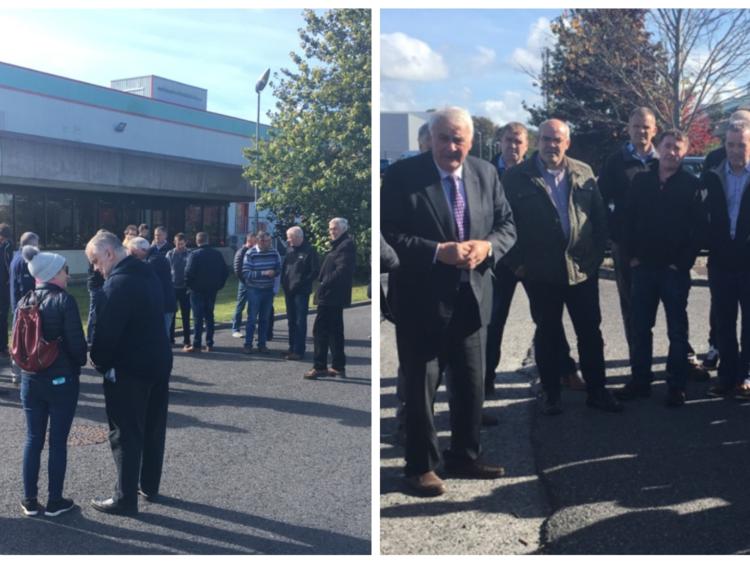 More than 50 pig farmers from all over the country have gathered outside the premises of Carroll's Cuisine in Tullamore to protest the company's importing of Belgian pork.

The protest comes in light of an outbreak of African Swine Fever in Belgium with Carroll's coming under increasing pressure from the IFA to desist importing from the country.

A social media storm erupted this week as pig farmers vented their frustrations at discovering Belgium as the country of origin on a number of Carroll's products.

Hey @CarrollsHam - two things, why are using imported pigmeat for your ham when Irish pig farmers are going through their worst price crisis in 15 years? Secondly, are you aware how many countries have stopped Belgian pigmeat imports due to the African Swine Fever? pic.twitter.com/pdkjksjWCY

The IFA protest, taking place on Friday, September 28, relates to the fact that a number of countries have already stopped trade with Belgium after they confirmed the presence of the virus in the last three weeks.

"African Swine Fever is a deadly viral disease that affects pigs and if it got into our country it would wipe out all of our national herd because we would lose all our exports, " Chairman of the Pig Health Sub-Committee within the IFA, Shane McAuliffe told the Offaly Express outside Carroll's.

The EU has set up rules regarding African Swine Fever to prevent its spread, including designating 'infection zones' and limiting the transport of pigs within them.

Carroll's have indicated that they are acting within the law and their products are approved by the Food Safety Authority but the IFA say "they have not addressed the concerns surrounding African Swine Fever," and "that's why farmers are here [outside Carroll's] today," Shane McAuliffe told the Offaly Express.

The virus is not a threat to humans but the IFA say it is a major threat to the Irish pig sector, which they say has been struggling for many years. The virus originated in Kenya but has been detected further west in recent years with Belgium its latest destination.

"It's been the worst year in pig farming for 15 years, no one is making any money, we're going bust, and here's a company bringing in imported pig meat when we're well able to produce it ourselves for the home market," Shane McAuliffe said.

It's understood that officials from the IFA are now meeting with Carroll's Cuisine in Tullamore as the protest continues outside.

Pig farmers from all over the country still protesting outside the offices of @CarrollsHam in Tullamore. @IFAmedia national treasurer and national pig chairman among those who have gone in to speak management over their import of Belgian pigmeat pic.twitter.com/KZtRqwV0wg

Carroll's Cuisine and the Department of Agriculture have been contacted by the Offaly Express for comment regarding this developing story.