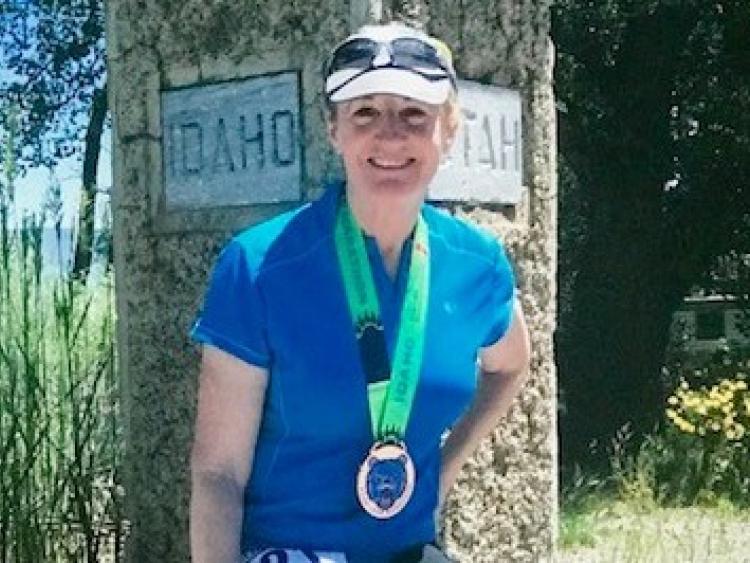 An Offaly woman who was the first Irish woman to complete a marathon in all 50 US States and recently ran her 100th marathon, is showing no signs of stopping.

Rose O’ Sullivan had a relatively late start to her running career – she competed in her first marathon in 1999 at 48 years of age. She certainly made up for lost time in the intervening years -running across all 50 states and 5 different continents - and now, at 67, after recently completing her 100th event, has her eyes set on the Yonkers Marathon in October.

It is almost 20 years since Rose undertook her first marathon, and in May this year, she completed two incredible feats when New Mexico became her 50th state to run in and her 100th marathon in total.

I was 48, and to be honest, I hated running! A friend of mine completed a marathon, and I thought it was so impressive, and I was inspired by that.”

“I began training myself, and I found it to be a fantastic mental release. I completed a half marathon, and then decided to go further, and worked up to my first full marathon in November 1999.”

In addition to this incredible achievement, Rose, who now lives in Greenwich, Connecticut, has also competed in marathons across 5 continents – North America; Europe; South America, where she completed what she describes as her most difficult marathon in mounting Machu Pichu in Peru; Asia, where she ran along the Great Wall of China; and even made her way along the polar terrain of Antarctica.

She has no intention of stopping there, though, as she has now set her sights on the Yonkers Marathon on Sunday, October 21.

“I don’t listen to music, I just observe the world around me – I’m in the zone. I don’t even wear a watch, I just focus on running. I find it to be a spiritual experience”, she says.

The Yonkers Marathon, which began in 1907, is second only to Boston as the oldest marathon in the world and is an event that Rose is well accustomed to – having ran it 8 times previously.

The Aisling Center is an invaluable resource for many people, and offers assistance for those who are vulnerable due to age, mental health, immigrant status and other factors. They hope to raise $100,000 through the marathon, and people like Rose are helping them raise these much-needed funds.

Even though at this stage she’s a very established runner, the mother of 5 would not like to see any of her children take part in a marathon.

“Running is HARD! I tell my kids ‘don’t do this’. If they were doing a marathon, I’d be very worried and upset for them, because it really isn’t easy. It’s not to be taken lightly as far as your training is concerned, you need to be prepared.”

Long-distance running requires enormous physicality, so how does Rose prepare for marathons? It’s a combination of cardio, upper-body workout and sticking to a schedule.

“I work out with a trainer in the gym and focus on my upper body as running for so long requires you to be strong all over, not just when it comes to cardio. I try to do yoga and Pilates as well – it all happens alongside the running.”

You would be hard-pressed to find somebody better placed to give advice to those considering running a marathon, and Rose advises to take a sensible approach, and to be aware of what your body can do.

“If you’re running a marathon for the first time, don’t focus on your time – instead, focus on covering the distance,” she says.

“If you are a first-time marathon runner, don’t put a time on yourself. You don’t know how, on the day, you will feel. If you are trying to achieve a certain time, you will be applying extra stress to yourself in addition to trying to complete the distance. In future runs, you can change this, but for your first one, go out, finish, set a base time that you can build on, and
enjoy yourself.”

Visit the Aisling Center website at www.aislingcenter.org to find out more about Team Aisling and the Yonkers Marathon, as well as how to make a donation to the cause or to become part of the team.