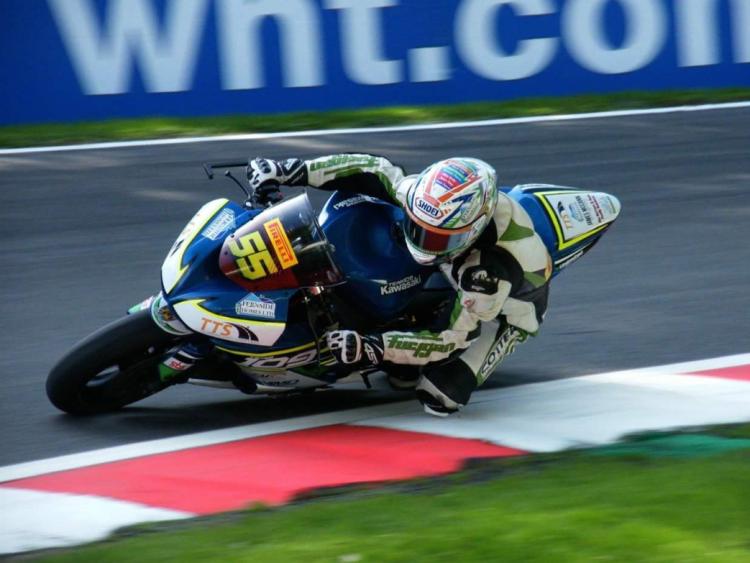 Offaly motorcycle racer and Offaly Sports Star of the Year 2017 Kevin Keyes has been injured in a crash in the latest round of the British Superstock 600 racing series.

The Edenderry man was involved in a collision with a competitor in Sunday's race at Cadwell Park.

The promising young rider broke the scaphoid bone in his wrist and also injured the rotary cuff in his shoulder during the contest.

During the race, while in 5th place, Kevin made a move to pass the rider in front who unfortunately had gone across the track to avoid the rider in 3rd who had an issue with his bike. Kevin collided with the rider in front and the incident sent both racers crashing into the safety barrier.

Kevin was enjoying another good weekend where he looked set to hold onto a podium position in the overall championship.

"I want to say a huge thank you to my dad and girlfriend and Team 109 for all the effort this weekend."

"I will be doing everything to be fit for the next round in two weeks," he concluded.