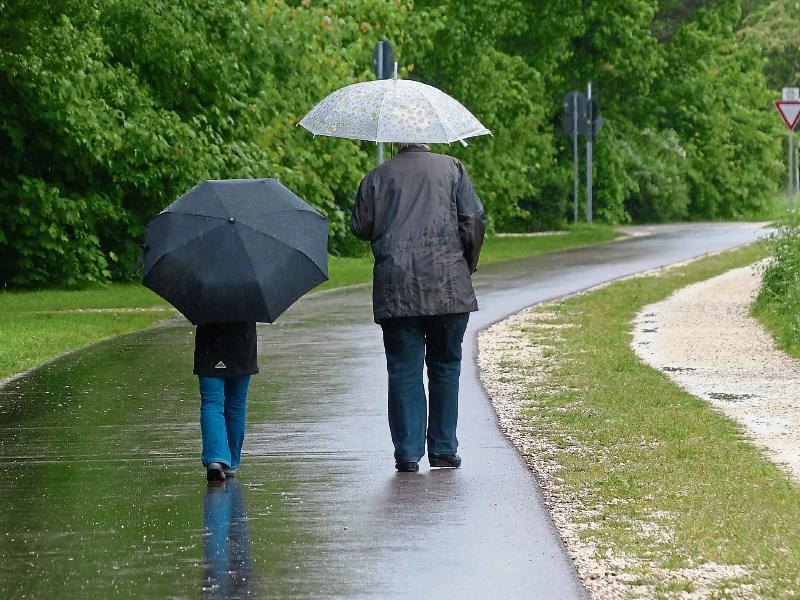 Rain is expected on Saturday as Storm Debby arrives

It will be cloudy and breezy today (Friday), with rain becoming widespread. The rain will be persistent and heavy at times across the north of the country, but well scattered in the south. Drier and brighter intervals increasing towards evening, but showery rain will continue to affect parts of Ulster and Connacht. Maximum temperatures of 16 to 20 degrees Celsius, highest in the south, in fresh and gusty southwest winds strong in some coastal areas.

According to Met Eireann, it will be mild and humid tonight, with temperatures unlikely to fall below 13 to 15 degrees Celsius. Rather cloudy and misty with patchy drizzle and fog and more persistent rain in northwestern and northern coastal fringes.

The national forecaster is expecting it to be humid tomorrow (Saturday). It will be dry and warm in many areas with sunny spells in the south and east, but mostly cloudy elsewhere with some rain at times in parts of the northwest and north. Heavier rain with strengthening winds will develop during the evening along the Atlantic Seaboard. Top temperatures of 17 to 20 degrees Celsius in the north and northwest and between 21 and 25 degrees through much of Munster and Leinster.

Becoming wet on Saturday night, as rain becomes widespread and heavy in places overnight. Breezy as well with fresh and gusty south to southwest winds, strong in some coastal areas. Very humid and close with lows of 14 to 17 degrees Celsius.

Met Eireann says that Sunday will be  humid and warm day for many, with temperatures in the high teens or low twenties. A damp, wet start with rain, mist and low cloud for a time in the morning, but turning drier and somewhat brighter for the afternoon and evening in most places, but there will be some light showers. Very mild, humid and misty overnight, with drizzle at times in lows of 14 to 15 degrees Celsius.