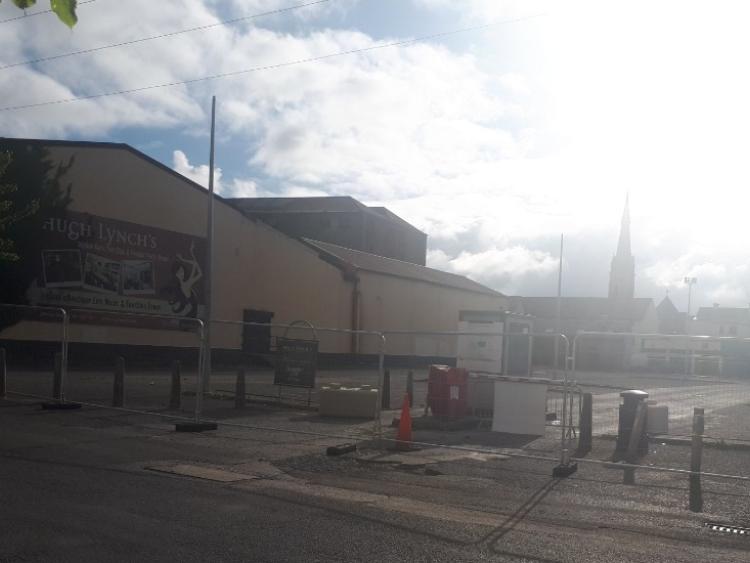 Speculation is growing that a sale may be close on a prime development site right in the centre Tullamore.

The massive site was once home to the Texas Department Store and Tesco with an adjoining car park. It has been somewhat of an eyesore in the town for more than ten years, although the car park was being run as a public amenity until the end of July.

With the sudden closure of that car park, speculation is growing that a buyer may have been found for the site, which has been the subject of major planning applications in the past.

An application was lodged with Offaly County Council back in 2008 with a developer hoping to turn the site into a 28,000 sq. metre shopping centre, complete with more than 700 underground car parking spaces.

The shopping centre was to have three anchor tenants and 37 retail units. It also planned for the widening of Offaly Street to allow access to the proposed shopping centre.

MORE TO READ: Handsome Offaly hound vying for title of 'Nose of Tralee'

Those plans fell by the wayside as Ireland entered a period of economic turmoil. A further application for retention of planning permission was however granted by Offaly County Council in 2014.

While Invirine PLC paid a reported fee of €40 million for the site, which spans three-and-a-half acres in the centre of Tullamore, in 2007, it has since come under the control of a US-based vulture fund.

The Offaly Express understands that a reciever from Deloitte was appointed in February of this year, sparking a search for a buyer.

The local businessman who was operating the car park in the area is understood to have been told to vacate the site by July 31. Although unconfirmed, it's suggested this may have come about because a buyer has been found by the receiver.

A spokesperson for Deloitte was not immediately available for comment when contacted by the Offaly Express on Thursday.

Movement on the site, including any future development, would be broadly welcomed in Tullamore, not least because of the state of disrepair to which the current building and site has been allowed to deteriorate to.

We will bring you more on this story as we get it.