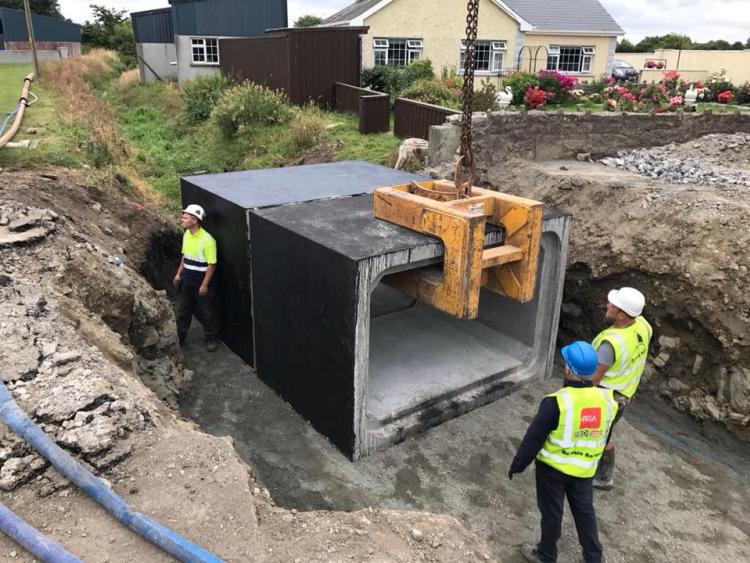 Offaly County Council is making progress in replacing a bridge in the county which collapsed last week.

The old bridge was situated on the L-1017-2 at Aghamore between Croghan and Daingean but a completely new structure is now being put in place.

The road was closed in the wake of the collapse late last week and it remains closed as the works are ongoing. Diversions are in place.

Initially there was a partial collapse of section and keystones from the stone arch bridge and following an assessment, the Area Engineer determined that the remaining structure is in danger of imminent collapse.

Work began earlier this week to remove the old structure and work has now begun on installing the replacement bridge. The work is planned to be completed by the end of next week.