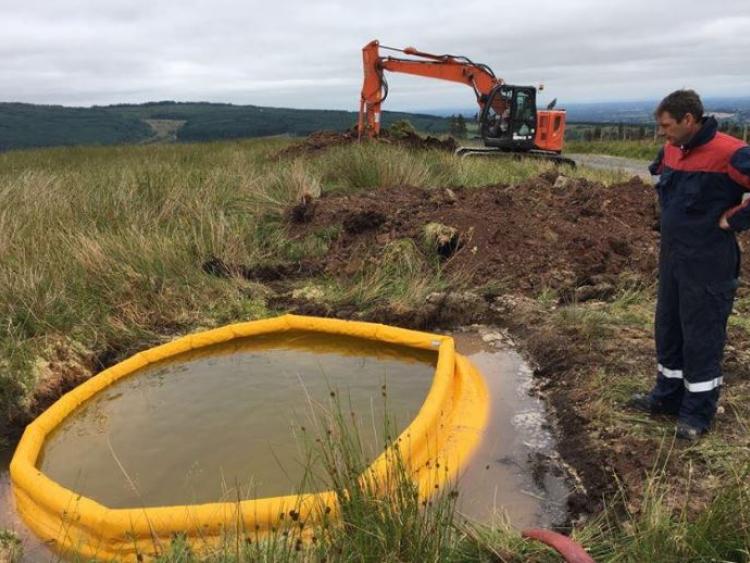 A number of local farmers have pulled together to help the fire services from Laois and Offaly and Coillte to tackle the fire which is ongoing in the Slieve Bloom Mountains.

Over 120 people have helped with the fire in the form of firefighters and Coillte staff.

An ongoing problem has been sourcing water to put the fire out. Water has been taken from Brittas Lake and Ballyfin Lake.

MORE TO READ: Heatwave to end this weekend with rain on the way, weather forecaster predicts

Chairperson of the Slieve Bloom Association, Seamus McDonald, has said that six or seven local farmers have helped by filling slurry tanks with water and bringing it to the mountain where the helicopters can use it to drop water bombs on the flames.

"Well done also to the local farmers who helped out in getting water to the helicopters using slurry tanks.

"It is still ongoing, it is not as bad but it is not over yet. Luckily enough there are no houses in the area. Sadly, there is a lot of damage done which is a big loss to Coillte and to wildlife. Walks in the Slieve Bloom and tourism has also been effected. Everyone should wait until it is all over before going walking.