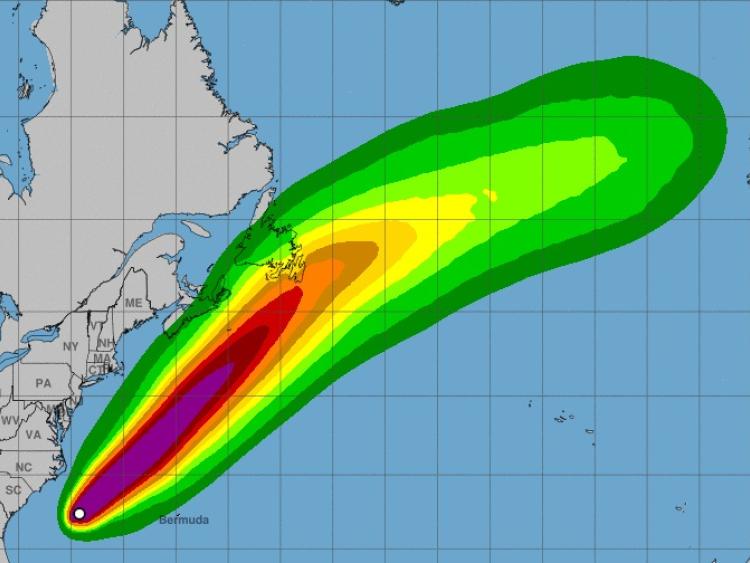 An Offaly weather forecaster has said the current heatwave is likely end this weekend with rain on the way from Sunday and into early next week.

Qualified meteorologist Cathal Nolan from the Midland Weather Channel says that Hurricane Chris, which is currently off the east coast of America, will impact on our weather over the late weekend and early next week.

The forecaster, who correctly predicted the lengthy heatwave, said that by early next week, the remnants of ex-hurricane Chris will have been picked out and carried eastwards across the Atlantic, and will prove to be a catalyst for the change in our current weather pattern.

"Temperatures by early next week will drop by up to eight degrees Celsius in some places, as we replace the continental airmass that we’ve become accustomed to with an airmass that has originated over Greenland. Within this airmass increased moisture and instability will generate showery conditions, particularly across the North and Western half of the country.

"It remains to be seen whether the impact of Chris will lead to a complete break in our exceptional summer weather thus far, or rather will it prove to be nothing more than a mere blip. Either way we can certainly look forward to some fresher weather, with even the risk of some more widespread rain over the late weekend and early days of next week."

Cathal has also announced that The Midland Weather Channel will be available to provide all groups, classes, societies and clubs with age and area specific weather talks and presentations over the course of the months of July and August.

All talks will focus upon aspects of Irish weather, past present and future, and can be tailored to your groups specific needs and requests. Where possible the talks can be held in your local area. All talks will be given by Cathal Nolan.