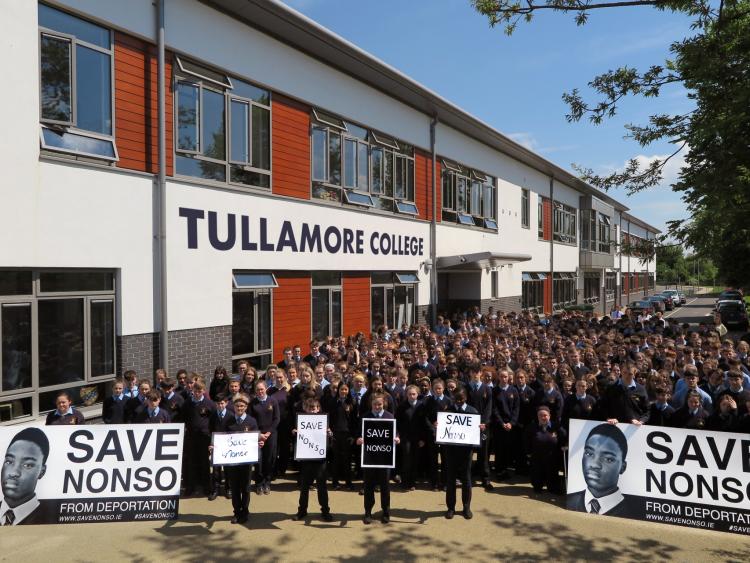 The entire student body showing their support for Nonso

RTE News has featured a report from Tullamore College about the plight of an Offaly schoolboy facing deportation from Ireland along with his mother and brother.

Nonso Muojeke along with his mother and brother are facing deportation despite living in Ireland or 11 years. Students and staff at the school as well as the local clergy have come together to show their support for the teenager and his family. RTE have now featured the family's plight.

A petition to Minister Charlie Flangan is closing in on 15,000 signatures. You can view and sign the petition by clicking here

The Minister is being asked to consider revoking a deportation order against Nonso Muojeke which would see him sent back to Nigeria, a country where he doesn't even speak the language. He has been living in Ireland with his mother and older brother for 11 years.