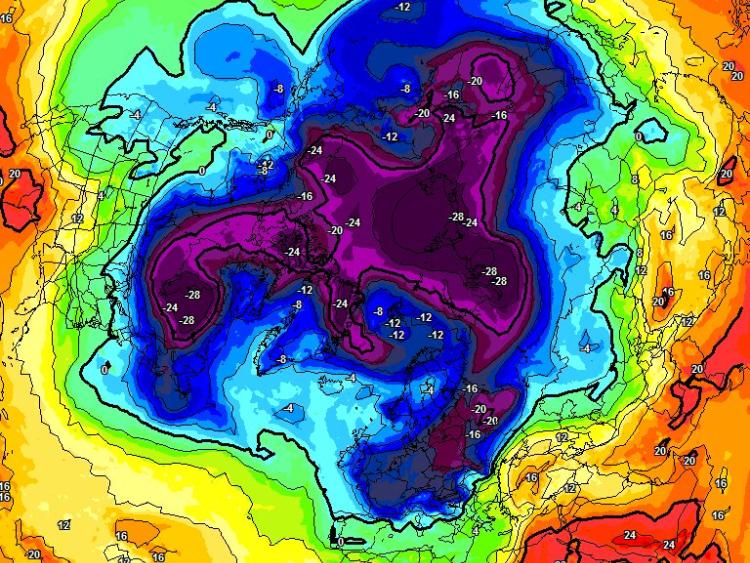 Did you think we had seen off the Beast from the East? Well think again because one long range forecast is predicting there could be a return of some very cold weather this weekend.

Parts of the country still have some considerable deposits of snow on the ground after the Beast's last visit and there could be more on the way.

So ...no need for alarm just yet but something is stirring for next weekend. Could #BeastFromTheEast could be making a come back?! Early tracking models for next Sunday 18th. Nothing comfirmed. Will be keeping a close eye!! pic.twitter.com/Dno2TAnEGC

Deric did say there was no need for alarm but this forecast doesn't look very enticing considering many of us will be hoping to get out and watch our local parades.

Met Eireann has no specific weather forecast for next weekend but they also say 'signs are for colder weather next weekend'.

MORE TO READ: Met Eireann weather forecast for the week