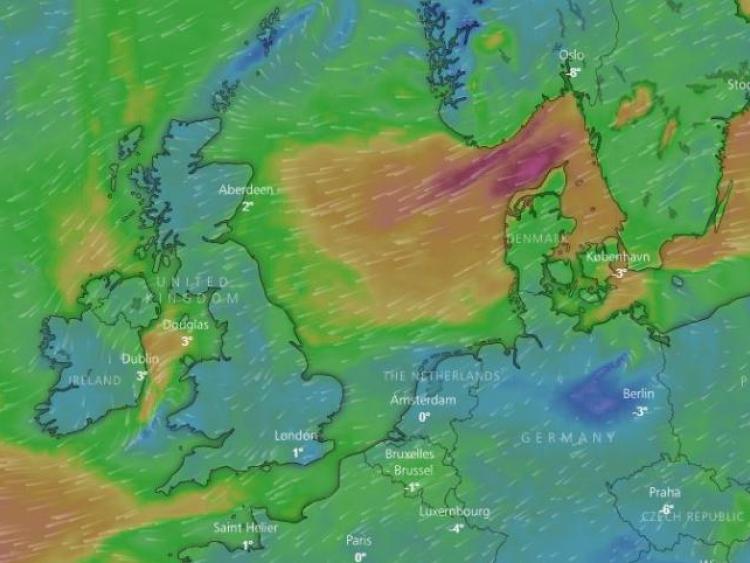 While some snow has fallen already this evening in some areas, Met Eireann is forecasting that heavy snow showers will continue overnight.

The snow will fall mainly over Leinster and Munster with temperatures dropping as low as -5 degrees.

Heavy snow showers overnight will continue to occur mainly across Leinster and Munster while any showers in the west and north of the country will be lighter and much more scattered. Lowest temperatures of -1 to -5 degrees with a severe frost in easterly winds. pic.twitter.com/Ts9UBLhlkm

According to Met Eireann, there will be further heavy snow showers on Wednesday, again most of them falling in the east and south of the country. It will be another cold day with daytime temperatures remaining around freezing and snow accumulating on the ground, despite some bright sunshine at times. Easterly winds will remain strong and gusty.