'Beast from the East' barrels towards Ireland after battering Britain 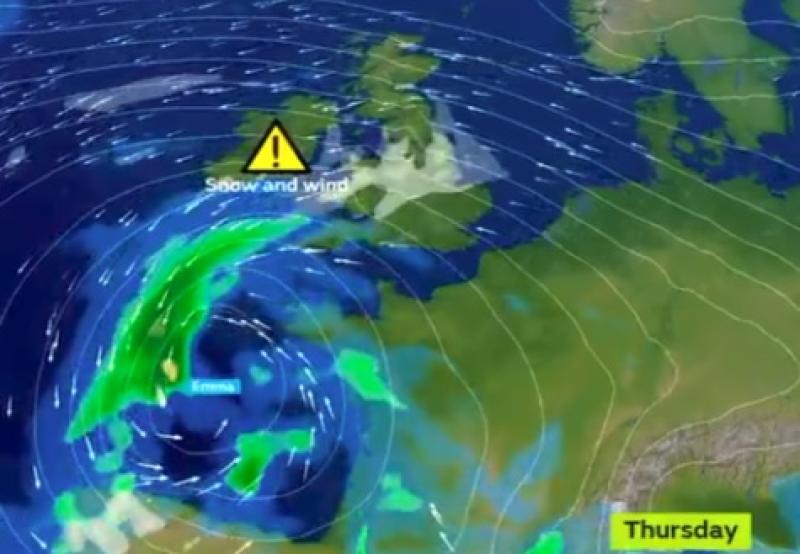 Met Éireann forecasts suggest that severely heavy snow is on its way to the Eastern half of the country this morning after the 'Beast from the East' crippled Britain overnight.

Hundreds of schools are closed across the UK after around 5cm fell there overnight, grounding a number of flights and causing major traffic and public transport disruption in the process.

VIDEO: This video was taken in Suffolk on Tuesday morning

The M20 motorway in Kent was blocked after drivers of a number of trucks were forced to abandon their vehicles in the heavy snow. Meanwhile, a number of routes were impassable and blocked by traffic crashes. A number of bus routes and trains were ground to a halt.

The weather system will remain over the UK in the coming days while also extending over Ireland on Tuesday afternoon. Similar effects are likely with up to 6cm of snow expected in the east and Midlands on Tuesday night.

SEE ALSO: WATCH: RTE archive 'The Big Snow' of 1982 compared to the Beast from the East blizzard 2018

Met Eireann has already issued a Status Orange for Dublin, Carlow, Kildare, Laois, Louth, Wicklow and Meath, kicking in from 3pm on Tuesday, while a Status Yellow predicts 3cm of snow in Kilkenny, Longford, Wexford, Offaly, Westmeath, Cork, Tipperary and Waterford from 6pm on Tuesday.

While that first band of snow will cause disruption, Met Éireann expects the worst of the weather to hit on Thursday and Friday when up to 30cm of snow could affect the eastern half of the country.