WATCH: RTE archive 'The Big Snow' of 1982 compared to the Beast from the East blizzard 2018

"Train stations and airports have also been forced to close with 400 people having to spend the night at Heuston Station, trapped as a result of frozen railway points." 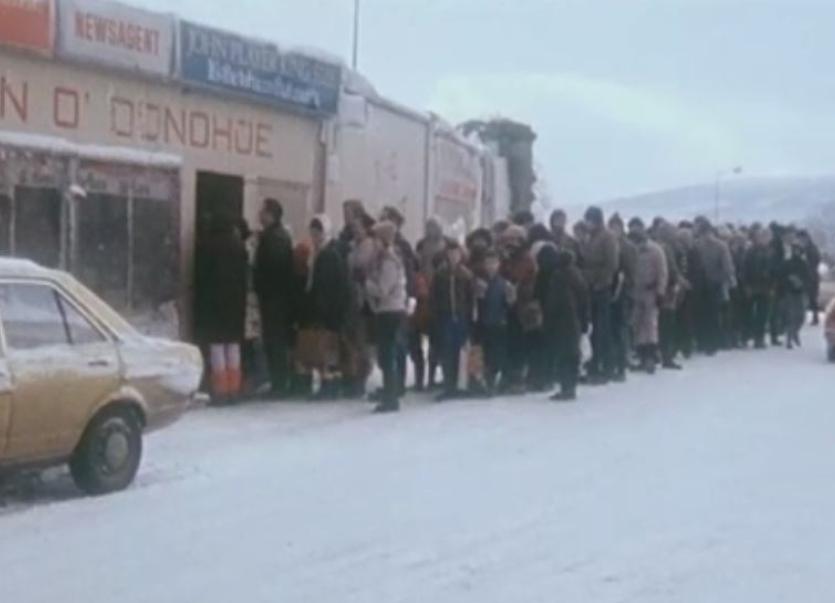 An RTE news report from 1982 is doing the rounds today as the Beast from the East storm that is about to hit Ireland has been dubbed as the worst in 36 years.

RTE Archives shared the video and news report from 1982:

"The heaviest snowfall across Ireland for decades in 1982 resulted in traffic chaos, fuel and food shortages, and the closure of schools and workplaces. The severe weather conditions also placed extra pressure on emergency services.

"Transport, communications and electricity supplies were badly disrupted in the worst cold spell since 1963 to hit the country.

"Brendan O’Brien reported for RTE on how the severe weather conditions impacted on towns along the east coast with emergency services having huge demands being placed upon them.

"Five helicopters from the Army Air Corps made more than twenty mercy missions from Baldonnel Aerodrome. One of the most frequent emergency calls involved pregnant women in labour.

"Almost 24 hours after the first snowfall many people had to fend for themselves, digging a way out of snow drifts and clearing roads.

"Up to 50 people are still stuck at the Aeromotive factory in Dublin. The Naas Road has come to a standstill as people attempt to dig themselves out of the snow drifts.

"Train stations and airports have also been forced to close with 400 people having to spend the night at Heuston Station, trapped as a result of frozen railway points.

"The Dublin airport road was effectively impassable in places, as were most main roads in and out of the capital in scenes virtually unknown in Ireland this century. The airport will remain closed until further notice. Many small towns on the east coast are almost cut off from food supplies, with people now queuing for limited supplies of bread.

"Around 55,000 homes, mainly in rural areas, were without electricity today. The ESB are working tirelessly to return services with about 25,000 homes in isolated areas remaining blacked out.

Watch the RTE News report by Brendan O’Brien which was broadcast on 9 January 1982.