Tributes paid as Offaly poet and singer-songwriter passes away

'A man with a wonderful gentle nature' 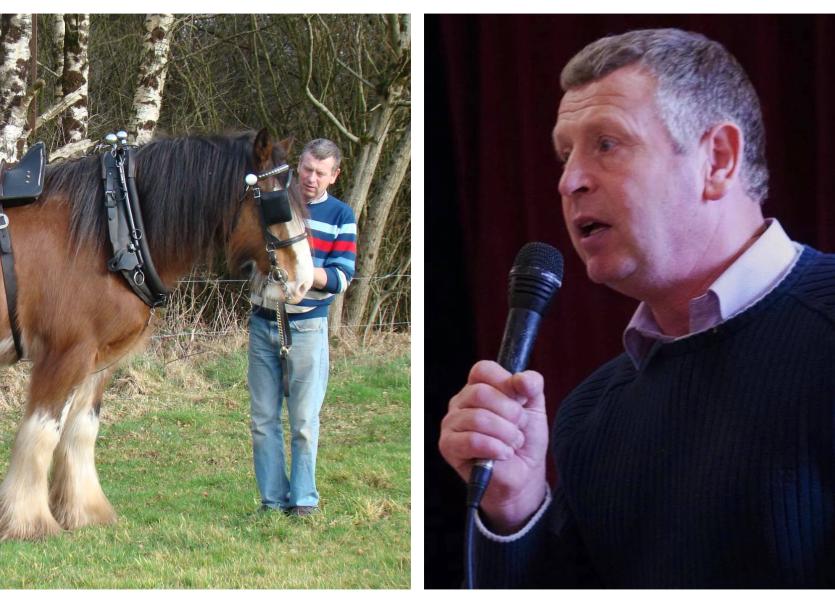 Tributes paid as Offaly poet and musician passes away

Tributes have been flooding in over the weekend after the sudden death of Tullamore poet and singer-songwriter Camillus Boland.

Camillus had been battling with Parkinson's disease since 2002, and after being forced to leave a lifelong career in carpentry upon his diagnosis, he turned to music and verse to great success.

He performed across the Midlands and had his music played regularly on local radio, including Midlands 103. He wrote poetry and prose for numerous occasions and contributed to compilation albums in aid of man charities, including the Simon Community.

Since the news of his death in Tullamore at the weekend, tributes have been paid to the 'gentle soul' known locally as, "the man with the horse."

The 'Tullamore Photographs' group wrote: "Saddened to hear of the passing of Tullamore’s Camillus Boland. Talented poet, storyteller and singer/songwriter with a wonderful gentle nature. You will be sadly missed."

Another tribute read: "Another sound soul that made an impression on me the first time I met him and one I will never forget."

Reposing at his home on Tuesday from 5pm until Rosary at 8pm. Removal on Wednesday morning to the Church of the Assumption, Tullamore, arriving for Funeral Mass at 10am. Burial after Mass in Clonminch Cemetery, Tullamore