She beamed when US President Barack Obama visited in 2011 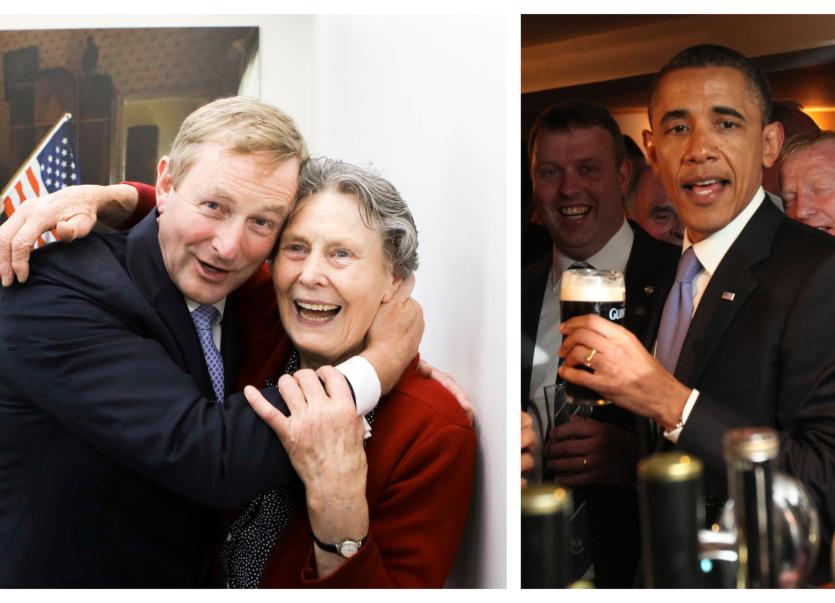 Moneygall in mourning as legendary publican passes away

The village of Moneygall in South Offaly is in mourning after the passing of publican Julia Hayes over the weekend.

Hayes ran her small bar on the main street since 1987, and at the age of 80 in 2011, was delighted when then US President Barack Obama visited her village.

While she never got to meet President Obama, she did feature in the television documentary The Road to Moneygall and consequently everybody wanted to meet her. Henry said "it was a big conversation point among patrons."

Mr Healy said Julia ran an old-style bar with no television and just Guinness and Smithwicks on tap.

“Everybody took part in the one conversation and if there was a singsong you were expected to join in,” said Henry.

He said that Julia was “always in the thick of things”, and there was a warm welcome for everyone.

"And no matter who came into the bar, they never had to pay for a cup of tea," he said.

"Julia never opened her bar on Sundays even though she had a seven-day licence. It was a six-day licence when she took it over and she always took Sunday off to be with her family and husband Joe."

Moneygall is now famed as the ancestral home of Obama, who served as US president for eight years from 2008 to 2016. She beamed upon his arrival and described him as "a very handsome man."

Julia Hayes' bar was a gateway to old Ireland; its understated shop front was as quiet and unassuming as its humble occupant. Her nature was renowned and the welcome at J Hayes bar was as fine as any establishment in the country.

Tributes have been flooding in for Julia Hayes, and the Moneygall community Facebook page posted these poignant words, "Last Call in Moneygall as we wake today to the sad news of the passing of Julia Hayes."

In the many kind words shared about her, Julia was described as a "lovely lady," kind and welcoming.

One comment read, "She was a true lady, great craic and a dab hand at the ‘auld cards. She will be sadly missed." Another recalled fond days of "cups of tea in the back kitchen," while another reminisced, "Julia was always so kind, from my childhood days in Shinrone to the times I visited Monegall over the years."

She will be reposing at Donovan's funeral home, Moneygall on Tuesday evening from 4 to 6.30pm with removal to St. Joseph's Church arriving at 7pm. Funeral Mass on Wednesday at 12 noon and burial afterwards in Lorrha Cemetery.