The parent of a six year old Offaly boy have described how they are irate over the fact that their son will have to wait two and a half years for a more detailed eye examination after his vision test in school suggested a follow up was needed.

The parents contacted the Offaly Express after receiving a letter from the HSE this week.

The letter states that their son was seen as part of the School Screening Service and the results of the vision test suggest 'that a further more detailed eye examination is necessary'.

The letter states that the boy has been referred to Ophthalmology Services Eye Clinic Midlands Regional Hospital Tullamore.

However the next line states that 'the waiting list for this service is currently approximately 2 and half years'.

Speaking to the Offaly Express, the boy's father expressed his frustration with the situation.

"We never had any concerns about his eye sight but the School Screening Service has highlighted that there may well be an issue. It is good that this service picks up potential problems but to be told in the same letter that the waiting list is two and a half years is madness. They are telling us our son may have a problem with his eyesight but then telling us we are in for a long wait before anyone even does a more detailed exam, never mind doing something to correct any potential problem. It's scandalous to be honest." 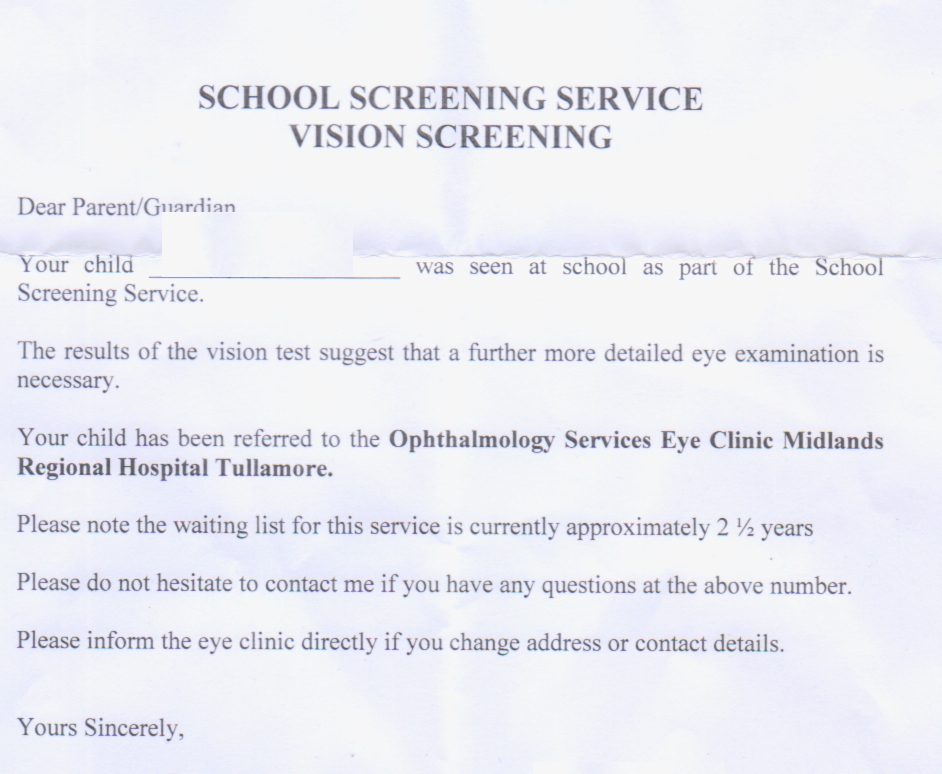